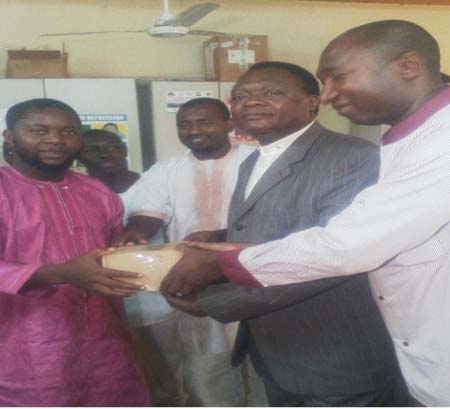 Rotary Club of Brusubi /Serekunda as part of their activities last Friday donated 20 cartons of U-Fresh Soap to TankaTanka Hospital at a ceremony held at the hospital grounds.

The donation was part of the club’s humanitarian gesture to support and contribute to the hygienic sector of the Tankatanka hospital mentally sick patients as well as to their health care.

In his remarks, Chartered president of Rotary Club of Brusubi /Serekunda, Dr Sapard Vincene De Paul M. Kalala, said they had chosen to celebrate this New Year with Tankatanka Foundation through donating to them with 20 cartons of soap to support their patients in hospital, attacked by mental sickness.

He thanked the staff of Tankatanka Hospital for welcoming them to deliver the gifts to their patients.

He called on all Gambians to support Tankatanka hospital patients, who are seriously suffering from various kinds of mental illnesses, saying dealing with such a people “is not easy”.

Dr Kalala said they have up to 34,000 clubs in the world, with more than 100 million people as members of Rotary.

He also said they are focusing on 6 main activities, namely peace and conflict revolution, water and sanitation, maternal and child health care, basic education and literacy, and economic and community development.

He said mental heart ailment can attack any one hence they felt it necessary to step in and help the mentally sick people, to ensure they have proper hygiene.

He said the work of Tankatanka staff needs to be recognised, noting that handling made people is not an easy job, therefore the staff work needs to be considered by the public.

In receiving the gesture, Lamin Barrow, Curator Acting Metro Tankatanka Hospital returned gratitude and appreciation to the Rotary Club of Brusubi Serekenda for their consideration of the hospital, saying the gesture was timely and could go a long way helping them to tackle their problem of essential needs to keep patients in proper hygienic condition.

He said mental heart problem is an old-age existing condition or ailment and each day something new is born into to the mental hearts of patients.

Barrow added that the donors might term the items donated to be small but to them as the beneficiaries is a big thing as it will go a long way in helping them in area of taking proper care of their patience body hygiene.

For his part, the public relations officer of Rotary Club of Brusubi Serekunda, Jerreh Touray, also thanked the hospital staff for accepting to partner with them and assure them their continued collaboration with them.

He challenged all Gambians to come out and support the mentally sick people, saying it is not easy to deal with such people. 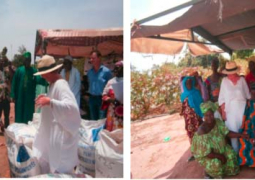