Ousman Sonko and Omar Ceesay were recently arraigned before Magistrate Jobarteh of the Kanifing Magistrates’ Court, charged with robbery.

The charge sheet read that on 14 August 2014, between 5 a.m. and 6 a.m., at Sanghai New Jeshwang, in the Kanifing Municipality, jointly robbed one Miss Anna Mendy of her lady’s bag containing the following: cash of D1,500, two mobile phones valued at D4,000 and pair of shoes valued at D775.

His application was granted and the accused persons were remanded in custody pending their arraignment before the Special Criminal Court. 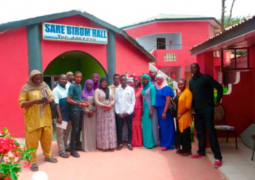 Selling the rams the right way