The Regional ogranising committee representatives for LRR, NBR, CRR, URR, KMC and WCR have expressed their stance on the validation of the GFA Constitution stating that they will not attend the validation meeting citing reasons.

Below is the full text of the letter sent to the GFA Acting-Secretary General:

Following the receipt of your invitation notice to the validation of the Draft GFA Constitution, we hereby inform you that we the undersigned resolved not to attend the said validation meeting based on the following reasons:

•That there has never been any instance in the history of football in this country that a draft constitution is subjected to a validation using this proposed format. What we know is, constitutions are ratified and adopted by congress.

•That we shall never settle on anything other than going to the congress of delegates (the supreme authority) to decide the fate of the draft constitution as in line with standard procedures and practice.

•That it is absurd to provide room for delegates of the so-called “Officially recognised Nawettan Centres,” to the General Assembly.

•Our question to that are: Where are those recognised Nawettan Centres? And when and where are they officially recognised and who recognised them? As far as we are concerned, Nawettan Centres are community run and are found in all parts of the country, associating them with representative status in national football administration should be a national consensus.

•It is our belief as regions that until positive steps are directed towards issues on the table, our suspicion rate for manipulation and foul play will remain eminent.

While we assure you of our continued collaboration, we remain yours in football. 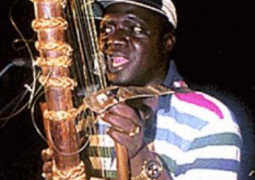