The minister of the Interior, Ousman Sonko, has said that the government of the has over the years achieved “astronomic” advancement in many sectoral components of the Millennium Development Goals (MDGs).

He added that the achievements are largely attributable to the socio-political stability of the country.

“The vision to create a suitable environment for building and preservation of peace in , as envisaged by the West Africa Network of Peace Building, is noble and there have been commendable initiatives that deserve our commendation and utmost appreciation,” minister Sonko stated.

Minister Sonko’s statement was delivered on his behalf by Ebrima Sama Corr, permanent secretary, at the opening of a two-day synergy forum on small arms and light weapons held at the Jerma Beach Hotel yesterday.

Convened by the West Africa Network for Peace Building (WANEP) the Gambia Chapter under the framework of the ECOWAS small arms programme (ECOSAP), and the Gambia Action Network (GAMNAS), the synergy forum is, among others, aimed at strengthening existing partnership between governments and civil society in the fight against illicit small and light weapons circulation in the light of the emerging issues.

The forum also seeks an innovation to harness diverse, but well meaning efforts of stakeholders for a greater impact on the overriding goal of peace and sustainable development in the .

Mr. Sonko expressed his conviction that the outcome of the forum would result in well- thought out and feasible strategies that would serve as the appropriate conduit to effectively tackle the proliferation of small arms and light weapons, and to permanently extinguish its potential threats to the sustenance of peace and stability in the ECOWAS sub-region, most particularly in the Gambia.

According to the minister, who is also responsible for NGO affairs, the misuse of small arms and light weapons is a global phenomenon that is of concern to many governments around the world.

“The Government of the has realised that the failure of any government to implement effective counter measures against illicit transfer and trade in small and light weapons has the undesirable consequence of breeding many social delinquencies that could destroy the peace and stability cherished by affected countries,” he stated.

Minister Sonko further stated that drug trafficking, money laundering and corruption are most often nurtured and prolonged through the use of small arms and light weapons. This, he added, has consequently percolated a series of avenues to be exploited to ensure that the is not sucked into such precarious situations.

In her remarks at the forum, Ms Pamela Cole, National Coordinator of WANEP Gambia Chapter, stated that the forum is one of a series of training workshops aimed at strengthening capacity, but also to create a synergy tackling issues of illicit small arms and light weapons’ proliferation, abuse and misuse, as well as emerging issues from a well-informed and concerted front.

She highlighted some emerging issues faced by the sub-region, such as drug trafficking, money laundering, human trafficking, crime and criminality, corruption, and arms trafficking.

This mixture or combination, she added, is indeed deadly and potent if left unchecked, as they are very pertinent issues threatening the peace and stability in the .

Other speakers at the ceremony include John Njie, Chairman of WANEP, and Ebrima Ceesay Coordinator of the Children for Children Organisation.

The forum is expected to wrap up today, and participants are expected to establish some emerging issue, and stimulate the discussion through highly interactive lectures. 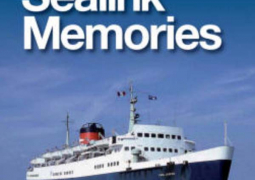 Sealink the route to economic prosperity