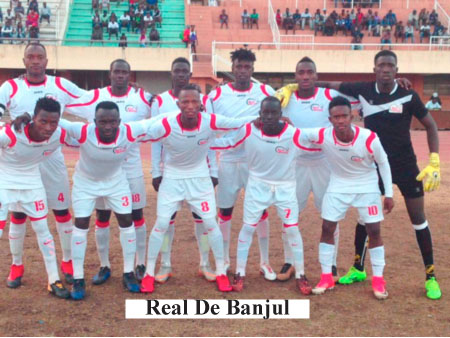 Real De Banjul and Brikama United have both sealed victories in the 2019-2020 Gambia Football Federation (GFF) division one league after drawing their opening league matches.

The city boys defeated Fortune 2-0 in the week-two game, played at the Banjul KG5 Mini Stadium on Friday.

They were held to a 1-1 draw by Gambia Armed Forces in their opening league match before clashing with the Petroleum boys.

The Sateyba boys beat newly-promoted side Elite United 2-1 at the Banjul KG5 Mini Stadium on Friday to land their first win in the league.

They came from two nil down to draw 2-2 with Tallinding United in their opening league fixture.