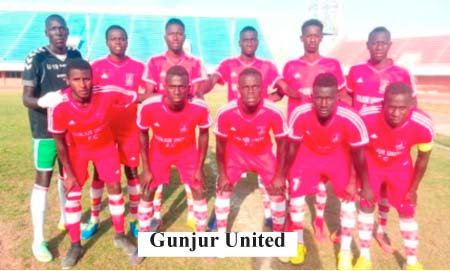 Steve Biko required a victory to move away from the relegation zone to improve their chances of regaining promotion to the first division next season following their demotion to the second tier season before last.

But they slipped to Gunjur United to remain pointless in the country’s second tier after two league matches.

Creative midfielder Salifu Bojang alias Bapa scored the third goal for Gunjur United in the 84th minute of the match from penalty spot after Steve Biko player handled the ball inside the eighteen box to earn Gunjur based-team their second victory in the 2019-2020 second division league season.

Steve Biko responded back quickly for an equaliser and managed to pull one, which eventually proved to a consolation goal for them.