He is widely rated by football pundits as the most outstanding goalkeeper in the Bakau Nawetaan this campaign after strings of world class saves that helped his team (Zuwa FC) reach the final of the knockout championship for the first time in the club’s history.

The young prodigy has had an outstanding season with newcomers Zuwa since his sensational switch to the Bakau Newtown outfit from local rivals Luniburg in the early part of the 2009 Nawettan season.

Touray, who has set his eyes on becoming a professional player at some point in his playing career, continues to attract interest of a good number of first division teams including Africell FC who repeatedly express their desire to secure the services of one of the brightest prospects in Gambian football.

He began his playing career with where he established himself as a regular first team player helping the academy outfit reach the quarterfinal of the international youth football championship called Norway Cup in , in 2005.

He made a total of 11first team appearances for in-form Zuwa Football Club that are on course to claim their first ever nawetaan title and conceded only one goal in the process.

Zuwa FC team’s head coach Sutay Marong, who is understood to have been a great admirer of the young prodigy, heaped praises on the teenager saying Touray is always considered a hero for Zuwa FC because he has been very much instrumental in the club’s success this campaign.

“Musa is a serious player who always listens to the instruction of his coaches and that has made him a better goalkeeper compared to when he joined us a year ago,” Marong said.

“He is very much respectful and has all it takes to transform himself into becoming an important player not only for Zuwa FC but also for The Gambia at large.”

One of Touray’s most outstanding performances to date came during his side’s pulsating 1-1 draw against much fancied Ron Mango as his brilliant saves denied double finalists all the needed points at the expense of the club that is making its first appearance in the Bakau nawetaan.

The two sides are intensifying preparations for Saturday’s league final at the Bakau Mini-stadium. 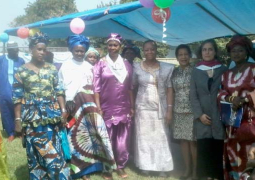 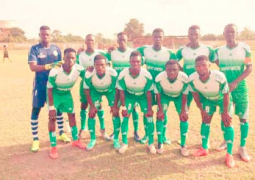