Sources from judicial circles have informed this paper that Principal Magistrate Taiwo Ade Alagbe has resigned from the judiciary, with effect from 1 December 2012.

Taiwo Ade Alagbe, prior to his resignation, was the principal magistrate at the Banjul Magistrates’ Court.

Sources further told his paper that he has taken up a new appointment at the Assets Management and Recovery Corporation (AMRC) in as a legal officer and head of the Legal Department.

The source further disclosed to this paper that the former principal magistrate’s contract had expired, since November 2012.

He also served as a travelling magistrate in the Central River Region and regions. 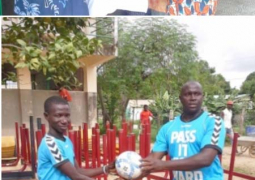