While we do not want to be seen as taking sides with any of the two candidates in the Gambia National Olympic Committee (GNOC) presidential election, we want to use this medium to urge both camps to exercise professionalism, and to put the best interest of sports in general before their selfish interests in the country.

The election, which has created a lot of controversy since the onset, with both camps battling for the top job, should be held in a peaceful and transparent manner.

We urge the National Assembly Select Committee on Sports, which recently stepped in to help resolve the impasse over the list of eligible voters, to speed up their investigations, and assist the GNOC set a new date for the election.

For far too long, the GNOC election issue has given the national Olympic committee a lot of negative publicity, which, in our humble opinion, should not be the case.

An agreeable solution to the problem, regarding who is qualified to vote at the election should be found, with the speed and transparency the matter requires.

The National Assembly Select Committee should consider the implications, should the issue of the election continue to drag, and weigh both negative and positive effects on the image of the GNOC.

Not only has the GNOC faced criticism because of its handling of the affair, but the reputations of both candidates have come under attack.

We cannot, and should not, afford any escalation of the GNOC controversy, and anything that will jeopardize the holding of a fair election must be avoided, at all cost. 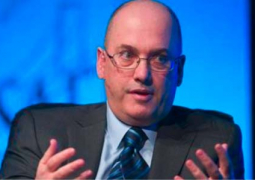