bears the highest burden of malaria in the world, with approximately 800,000 child deaths and about 300 million malaria episodes per year. Malaria costs more than US$12 billion annually and slows economic growth of African countries by 1.3 percent per capita per year.

Our health adviser DR Hassan Azadeh, a Senior Lecturer at the of the and a Senior Consultant in Obstetrics& Gynaecology this week focus on this very important issues about mother and their unborn babies

Every year, 30 million women become pregnant worldwide. For women living in endemic areas, malaria is a threat to both themselves and their unborn babies. Malaria-related maternal anaemia in pregnancy, low birth weight (LBW) and preterm births are estimated to cause 75,000 to 200,000 deaths per year in sub-Saharan .

Pregnant women are particularly vulnerable to malaria. Effects on women: Pregnancy alters a woman’s immune response to malaria, particularly in the first malaria-exposed pregnancy, resulting in more episodes of infection, more severe infection (for example, cerebral malaria), and anaemia, all of which contribute to a higher risk of death.

Malaria is estimated to cause up to 15 percent of maternal anaemia, which is more frequent and severe in first pregnancies than in subsequent pregnancies. The frequency and gravity of adverse effects of malaria in pregnancy are related to the intensity of malaria transmission. Effects on the foetus: Malaria is a risk factor for stillbirth, particularly in areas of unstable transmission, where malaria levels fluctuate greatly across seasons particular during the raining season in the and year to year and result in lower rates of partial immunity.

Effects on the baby:

Malaria is rarely a direct cause of newborn death, but it has a significant indirect effect on neonatal deaths since malaria in pregnancy causes LBW – the most important risk factor for newborn death. Malaria can result in LBW babies who are preterm (born too early), small for gestational age due to in womb growth restriction, or both preterm and too small for pregnancy age.

Additionally, malaria in pregnancy indirectly influences newborn and child survival through its effects on maternal mortality. If a mother dies during childbirth, her baby is more likely to die, and any surviving children will face serious consequences for their health, development, and survival. Several studies suggest that if a woman dies during childbirth in , the baby will usually not survive.

Malaria infection during pregnancy increases the risk of mother-to-child transmission of HIV.

According to researchers at the Johns Hopkins Bloomberg School of Public Health HIV positive women living in the mother-to-child HIV transmission rates were 40% among women infected with Malaria during pregnancy compared to 15% for women without Malaria. Researchers believe that interventions to prevent malaria during pregnancy could potentially reduce mother-to-child transmission of HIV.

Malaria prevention in the

Here in the we follow the WHO recommendations and offer every HIV negative and HIV positive pregnant woman throughout the country anti malaria prevention drugs as a policy for mother and child prevention diseases.

What is mother to-child transmission

In 2005, around 7,000,000 children under 15 become infected with HIV, mainly through mother-to-child transmission. About 90% of these MTCT infections occurred in where AIDS is beginning to reverse decades of steady progress in child survival.

How can MTCT be prevented (PMTCT)

3) Preventing the transmission of HIV from HIV positive mothers to their infants during pregnancy, labour, delivery and breastfeeding

AVERT is running the ‘Stop AIDS in children’ campaign to call for urgent action in prevention of mother-to-child transmission (PMTCT).

Currently only 9% of the pregnant women living with HIV in the developing world are provided with drugs to prevent the virus being transmitted to their babies.

In the Gambia thanks to effective voluntary counselling, HIV testing and having access to free treatment, safe delivery practises for every HIV-positive pregnant mother during pregnancy, at birth and also during breastfeeding saving lives of many unborn and new born children every year.

Studies show that nearly half a million children become infected with HIV every year. The “Stop AIDS in Children” campaign is calling on every father and mother, every community, every health worker and international agencies to urgently improve “PMTCT” coverage worldwide.

It’s not that people don’t care about the 25 million people who have died globally from HIV/AIDS since it was first discovered in 1981, or about the 14 million children who have lost one or both parents to the disease.

The number of orphans in has increased by 50% since 1990 and The United Nation says there will be 53 million by 2010. But it’s not just . Various United Nations reports have stated a rise in the disease in places such as , , and among other places.

Most of the time, it is a lack of awareness, lack of interest has its roots in denial - something that often manifests itself in some of the word’s caring communities.

“World AIDS Day” does is not just about raising money, but also about increasing awareness, fighting prejudice, improving communication, information, education in the families, communities countries and worldwide.

“World AIDS Day” is important in reminding every individual that HIV has not gone away and there are still hard works to do, everything we can do until HIV is irradiated out of our life.

I am afraid I must answer the question clearly with yes and would like to share with your readers the currently published report from the United Nation Aid-agency about confronting the crisis and the HIV epidemic and its impact on women.

The 2004 UNAIDS on the global STI and Aids epidemic that approximately over 40 million with HIV at the end of 2003, almost 50% of women. Many of those women live in the Sub- Sahara Africa where they account for 58% of all individuals living with the virus.

Within Sub-Sahara Africa, there is an average of 13 women living with virus for every 10 HIV positive men. In ,

What are actually the factors making women more vulnerable to these diseases than men?

In young women (age 15 to 24 Years) are 3 to 6 times more likely to be infected then young men. The increase in the proportion of women becoming infected with the virus resulted in women increased vulnerability to STI’s and HIV.

6. Violence and Abuse of women

Women have a biologically larger surface area in their reproductive tissues and are more exposed to their partners’ infection during sexual contact. These greater surface area, coupled with the fact that the sperm is a more efficient carrier to HIV than vaginal fluid, means that it is around 20 times more risky for an HIV negative woman to have sex with an HIV positive man.

Many women who are infected may not know that they have one of some STI which primarily does not create any early symptoms. As a result this decease remains undetected and untreated which make the women more vulnerable to those infections.

Young girls are especially in greater risk for the fact that their reproductive organs are immature and more likely to tear during sex. This in particular when they are genitally mutilated having much higher incidence of genital injuries.

In fact, the economic dependence of women on their sexual partner and husbands leave the women little barging power when it comes to negotiate use of condom. Many women are in fear of being abandoned or beaten up if they resist their husband’s sexual demands. Financial or materials dependence on men means that women cannot control when, with whom and in what circumstances they have sex with many women having to exchange sex for material for daily survival. This exchange, as well as formal sex, occurs in many poverty-stricken, and is often many women’s only way of providing for themselves and their children.

In extreme hardships, women may rely on “SUGER DADDES” to support them in exchange for sex, others turn to prostitution.

SEXUALLY AND PHYSICALLY ABUSE OF WOMEN

Women who experience abuse are likely to be poor, having limited access to education, employment and having lower self-confidence and self-steam. This woman remains silent and unlikely to seek any medical care and support.

In many regions of the world, there is a “cultural of silence” around sexual health. This silence leaves the women with the look of knowledge and therefore reduces their abilities to protect themselves from transmission of sexual diseases.

Many women experience sexual violence in established relationships. A study from South African women reported that 30% women have had their first experience of sexual intercourse forced on them; while 11% had been reaped. Violent sex can lead to abrasions, which increase the risk of vulnerability to HIV infection.

Why is so difficult for women to protect themselves from such deadly diseases?

Feminism may have been discussed several decades, but in many part of the world its impact has not been felt out. There still excites major inequalities between women and men in all aspects of life from employment opportunities, availabilities of education and choices in relationships. In many cultures, there still patriarchal rules for men and not for women. In some cultures, women are not left the choice their sexual partners or whom they should marry. These choices have been made for them by men in or family members in their families. In situations where the men have the power a woman is unlikely to be able to insist on the use of condoms or to take measures to protect herself from STI’s and in particular HIV infection.

How does someone know that she or he is infected with STI’S?

Anyone who is sexually active can be at risk from STI’s. Some STI’s can do not make obvious symptoms in early stage but soon the symptoms start in women with vaginal discharge, pain when urinating, lower abdominal pain, and often some genital swellings, by men develop later, similar by women with difficulty and painful urinating and in severe cases also infection in genital part of the men.

I strongly recommend every one men or women should seek advice from Health Professionals as soon as possible before any kind of STI’s infection progress which will end up with further complications and in severe cases also to loss their life.

I must emphasise that STI’s are always a couple diseases and not only women’s problems. Visit clinics as partners (man and women) to receive appropriate diagnoses and necessary medical treatment. Also be aware as a fact that any one can simply catch STI’s from unclean toilets shared at work, restaurants, swimming pools, using each others towels, wearing each other’s underwear’s. Over possibly 95% STI’s transmitted by having unprotected sex without condoms.

Always remember that STI’s has devastating health consequences in particular HIV transmission and be wise and protect yourself from deadly HIV/AIDS.

Every Health professional working at various clinics throughout the country including, RVTH, MRC, BAFROW, Family Planning Association are able to advice you on safe sex, provide you with free condoms and prevention of STI’s transmission. Also THE POINT” health section Dr Azadeh on 7774469, 3774469 working days between3-6 pm.

‘Research should dictate any meaningful development’ 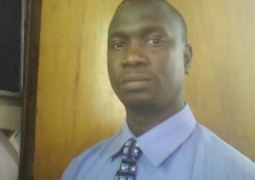