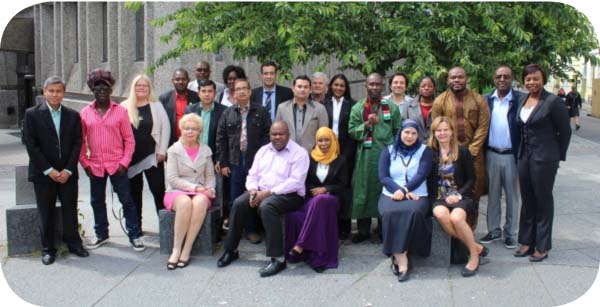 Ibrahim Ceesay, president of the Collecting Society of The Gambia (CSG), recently returned from a short-training course for Collective Management Organizations (CMOs) in developing countries.

The programme is primarily tailored for persons in leading positions in collective management organisations and government institutions, who as policymakers want to enhance knowledge on how copyright system functions in practice.

The main objectives of the training included having an overall picture of all pillars of a well-functioning copyright system, such as legislation, enforcement and management of rights.

It was also done to give participants better understanding of the national and international legal framework and its impact on the development of creative industries among others.

The participants, who had the opportunity of learning more in the NORCODE and WIPO’s Training Programme on Exercise and Management of Copyright and Related Rights, were 19 selected representatives from associations, organizations and government agencies from all regions, with majority from Africa and South East Asia.

The first two weeks of the programme took place in Oslo, Norway, while the second training session is to be held in one of the participants’ home country approximately five months later.

The training covered key topics related to copyrights. They included legislation, enforcement and management as components of a copyright system, international legal framework and the main treaties administered by WIPO, fight against piracy and collective management as complements, exercise and management of rights in different creative industries, international legal and governance aspects of collective management, operational aspects of collective management, transparency, accountability and governance of CMOs, digital environment such as licensing strategies, negotiations and tariffs, awareness and education of copyright and related rights; practical training on negotiation skills and communication, and study visits to five Norwegian CMOs.

It would be recalled that the Gambia Copyright Act was enacted in 2004 and it provides for a two-tier copyright administrative mechanism for The Gambia: The Gambia Copyright Office under the National Centre for Arts and Culture (NCAC) of the Ministry of Tourism and Culture and the Collecting Society of The Gambia, a CMO corporate body run by creators through the board to collect and distribute royalties.

The Collecting Society will support and contribute to government’s development policy through self-employment as creators and authors would “benefit economically” from their works.

Gambian musicians, writers, dramatists, dancers, photographers, software developers, painters, broadcasters and others in similar fields are expected to “reap great economic benefits” with the establishment of The Gambia Collecting Society, according to a statement by CSG.

“Following its inauguration in May 2013, vis-a-vis the enactment of the Copyright Law of The Gambia in 2004, the Board has tirelessly endeavored to ensure CSG’s success,” the statement added.

It said further that series of meetings and workshops were organised to map out the way forward, adding that sensitization of the public and relevant stakeholders has also started.

“ECOWAS has provided furniture and some office equipment to commence operations with an office space provided by government,” it disclosed.

The society has been setting up the required infrastructures and technology systems to start registering works of creators in September 2015 and collecting royalties soon after.

Through the appeal of the Ministry of Tourism and Culture, ECOWAS has pledged a seed funding towards these efforts and copyright development, the CSG stated.

The President of Collecting Society used the opportunity to call on all creators, users of creative works and the general public to familiarize themselves with the Copyrights Acts of 2004.

He added that for further enquiries, contacts can be made through the National Centre for Arts and Culture in Banjul and the Secretariat of Collecting Society of The Gambia at the Gambia Hospitality and Tourism Institute in Kanifing.

He conveyed thanks to the MOTC and NCAC for the support towards the realization of a royalties scheme for The Gambia. 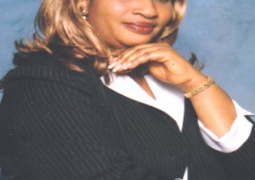