The President of The Republic of Sierra Leone, His excellency Ernest Bai Koroma, on Friday presided over the 29thgraduation ceremony of the West African Insurance Institute (WAII).

The momentous event held at the Jerma Beach Hotel in Kololi coincided with the 30thanniversary of the institute.

Speaking on the occasion, President Koroma observed that WAII has attained academic distinction and renown as it continues to attract many students around the sub-region. He said that in its 30thyear of educating insurance practitioners, WAII has acquired the record of graduating over 3000 students including many insurance industry leaders. "It is legend that some of the noteworthy graduates are now national public figures as ministers of government and others are yet presidents of their nations," he noted.

Addressing the graduates, he told them that they are about to venture in to the world to assume new responsibilities, face new challenges and the complexities of the insurance industries, noting that they must always look for excellence. "The grandness of attending this institute carries a great responsibility to use your knowledge and training for improving the lives of others in your respective countries," he said.

He implored the grandaunts to endeavour to give their best so as to live a mark in serving their counties as good citizens. "This is a proud moment for me to be part of the 29thgraduation ceremony of WAII where I was myself a student," he said.

Speaking earlier, the Director General of WAII, Dr. Prince Mike Ikupolati, gave a brief history of the institute. The institute, he said, was established through a treaty by five West African countries namely The Gambia, , , and . He added that the institute was relocated to The Gambia in 1991 following the outbreak of the Liberian civil war.

He appealed for more support for the institute to cater for the growing insurance need of the sub-region.

President Koroma's delegation to the occasion includes his Ministers of Foreign Affairs, Employment, and Presidential Affairs. 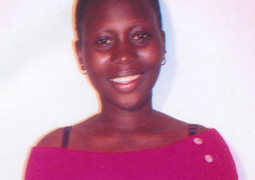