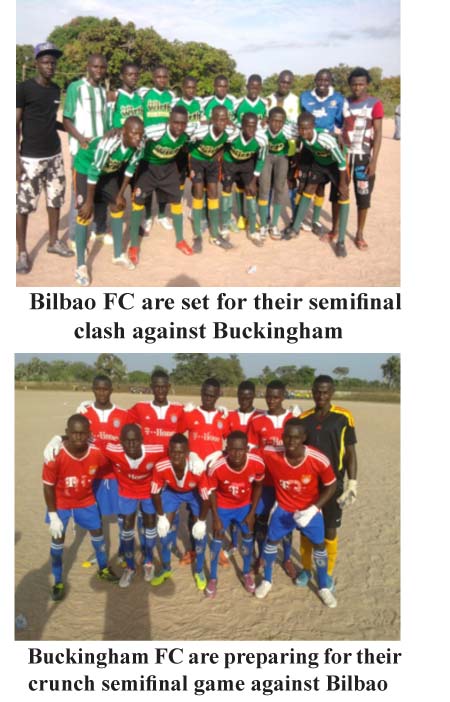 Saturday’s meeting will be the fourth meeting between Bilbao FC and Buckingham FC in the late Modou Janneh Memorial intermediate football tournament.

The Palace boys, who defeated the Athletics boys in their previous meeting, will be hunting to beat Bilbao FC to sail to the final as well as keeping their chances of retaining their league crown.

Elsewhere, on Sunday 11 September 2016, Ajax FC will clash with Misira United in the other semifinal match at 5pm.

Ajax FC and Misira United will be stunning for victory against each other to progress to the final.