The West Africa Examination Council (WAEC), the body responsible for examinations in West African English speaking countries had won a legal tussle brought against it by the appellants Mansong Dambel and Mansong Photos.

The appellants, Mansong Dambel and Mansong Photos have entered into three separate written contracts with WAEC for the printing of examination papers in 1994.

It further revealed that on the 15thNovember 1994 WAEC informed the appellants at a meeting of its financial difficulties, which emanated from the failure of the Government of the to pay full examination subsidies. At a meeting WAEC also notified the appellants that it will not submit to them draft for the printing of question papers and that WAEC will sent them a letter formally cancelling the contract, adding that the letter was written on the 17thNovember 1994 and sent to the appellants. It continued that the letter sparked the flame of action on breach of contract and claim of damages. The breach of contract was only on the 1995 Gambia Middle School Certificate Examination question papers and the appellants claimed D58, 000 as being the amount short paid for the work done of which the high court granted judgement in their favour. WAEC appeal against the high court decision at the court of appeal which was upheld and the court of appeal overturn the high court judgement and equally set aside award made by the high court. The appellants Mansong Dembel and Mansong photos appeal to the Supreme Court against the court of appeal decision. The Supreme Court five-member panel of Judges later dismissed the appeal. 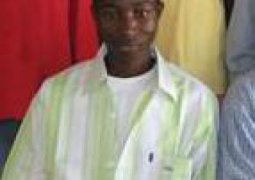