Diplomatic sources have revealed to The Point that President Yahya Jammeh is no longer officially using the “Nasiru Deen” as part of titles tagged to his name.

Our source said this was made known in an official notice sent by the Ministry of Foreign Affairs in Banjul to the diplomatic and consular corps in The Gambia.

No official reason was given for the change, our sources added. 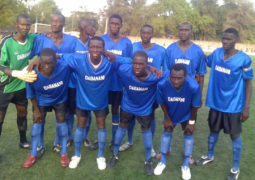