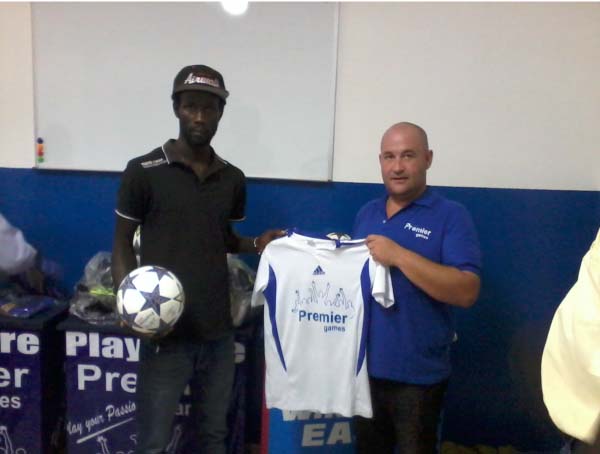 Premier Games, one of the leading sports betting companies in The Gambia, yesterday presented sets of jerseys, socks and balls to five teams in the leading zones of the country, ahead of the new nawetan season.

Each of them received a set of jerseys, socks and two footballs.

Speaking at the presentation held at the company’s office on Kombo Sillah Drive, John McNally, Operations Manager/CEO of Premier Games, said they are operating in 21 countries across Africa with a total staff of 142 in The Gambia.

He added that it is important for them to work with communities, describing each operation they have done in the country as unique.

“The Gambia is a fantastic location and has welcomed us with open arms,” he stated.

Mr McNally pointed out that they are working with the Gambia Disabled and are currently supporting some individuals to study at the university and GTTI – Gambia Technical Training Institute.

They have as well employed some Gambians as retail vendors, he went on, saying just recently, they presented cash to the federation of the disabled.

The Premier Games boss stated that the gesture to teams is “purely just the beginning” of what they intend to do for Gambian sport as there are much bigger plans and opportunities in the pipeline.

They are a sports entertaining company, he added, saying they as well intend to work with the Gambia Football Federation in training coaches, provide facilities and develop pitches in the country in the future.

“We want to be heavily involved in the development of sport in The Gambia,” he highlighted, saying they want to as well help teams with the facilities they are missing.

“We want to see the development of sport in The Gambia,” he further said, noting that in the near future they hope to see one of the players from the teams they support playing in the English Premier League.

In conclusion he wished the five teams success in their various zones and as well assured them of their support.

Alhagi Njie, Sales and Marketing Manager at Premier Games, said the company came into existence in The Gambia last February, but was quick to add that they are growing with branches in various parts of the country.

The support is part of their contribution to the social development of the nation, he noted, saying they have as well been sponsored wrestling competitions in the country.

The company is in the country to stay, he added, while saying he hopes the partnership with teams will continue to go from strength to strength.

Ebrima Jatta, widely known as Campo, a media officer of the company, in chairing the presentation, said that at the company they believe they owe something to the community and as such should give back.

The gesture was also part of the company’s quest to develop grassroots football in the country, he added, saying the company “is here to support Gambians”.

Premier Games Lottery Product Manager Sami Matar, in his brief words, said they “are ever ready to sponsor Gambian sport” to see it develop. 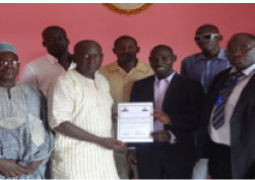 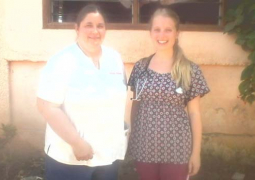 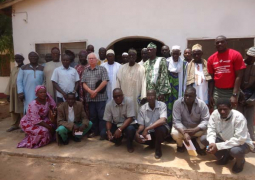