The kick-off was at 4-45 PM and attracted hundreds of spectators from Serrekunda West and surroundings.

Gunjur opened the scores in the 27 minutes of the game through Pa Modou Jatta after slashing through Bakau defence.

Bakau fought back but could materialise on their chances and the first half ended 1-0 in favour of Gunjur.

As play resumed in the second half the defending champions Bakau came all out to level the score line and they broke the deadlock in the 79 minutes through Seedy Bah. Gunjur made a strong comeback in the dying minutes of the game, registered their second goal in the 85th minute of the game an own goal by Bakau midfielder Buba Bojang, dashing Bakau's hope of coming back to their feet, Bakau did fight but could not make anything of it until 90 minutes of play ended 2-1 in favour of Gunjur. 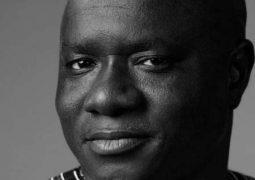 Bench Warrant Against A Suspect