It was not long ago, precisely in April this year, when the results for the Wuli East bye-election were declared, that we stated in these pages that the opposition in this country have no alternative but to unite, if they indeed expect to pose any credible challenge to the ruling APRC ahead of the scheduled presidential, parliamentary and local government elections.

We clearly indicated that the leadership of the UDP, the NRP, NADD, the GPDP and the GMC must have realised that their division is not only an advantage to the APRC, but spells doom for any chances of them making it to State House.

Now that we have just four months to go, before the presidential elections, there is still no sign that the opposition is anywhere near forming an alliance to contest the elections, despite assurances by Lawyer Ousainou Darboe, leader of the opposition United Democratic Party, that they are working towards that.

Since the break-up of the National Alliance for Democracy and Development (NADD) coalition and the UDP/NRP coalition, many supporters of the opposition are in virtual disarray, utterly confused as to which of the factions they should support; whether what is left of NADD, the UDP or the NRP.

It is our conviction that if the status quo persists until November, then no one needs a scientific opinion poll to predict who is going to win.

Probably the only prediction would be by what percentage President Jammeh is going to increase his margin of victory.

However, considering the distrust and animosity that seems to exist between the leadership of the two opposition factions, it would be quite hard to imagine them ironing out their differences and coming together to fight the elections, in whatever form.

There are, indeed, those who believe that even if they succeed in forming an alliance, it would still be too late for it to make an impact, or for them to regain the momentum that they lost after the break-up of NADD.

Only time will tell.

“Haste and hurry can only bear children with many regrets”
Anonymous 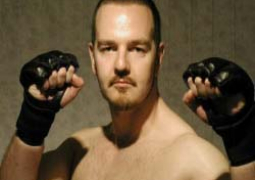