Continuing his testimony under cross-examination, Bun told the court that he drove Lamin Karbou and Lamin Sima and handed them over to the then director general of National Intelligence Agency (NIA) Bo Badjie, since he (Bo Badjie) said he needed to see his personnel.

He added that he was accompanied by the former NDEA commissioner of operations, Ousman Sanneh, to stay with the personnel to find out which problem they had with the NIA officers, adding that he (Bun) came back to his office to summon a meeting with the area commanders to inform them about the issue.

Bun denied under cross-examination that Bo Badjie did tell him anything about his men’s torture because of their alleged involvement in drug trafficking at the Brikama Kebujeh highway.

He said Bo Badjie only told him that his personnel had a confrontation with the NDEA officers, but that the situation was under control.

Still testifying, Bun told the court that he was never arrested by the 3rd accused person, Edrissa Jobe, though he saw him at the panel, but was never told that he was the head of that panel.

Defence counsel asked Bun whether the 3rd accused person tortured him at the NIA, but the question was disallowed by the court.

The case at that juncture was adjourned till 4 August 2011. 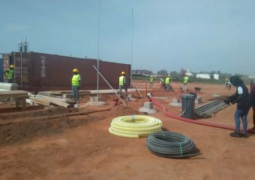