Rene Buelen, a Dutch National, who was standing trial on a sedition charge, was last Friday convicted and sentenced to a fine of D10,000 in default to serve two years (2) imprisonment. The accused was convicted upon his plea of guilty to the charge of sedition leveled against him. The case was presided by His Worship Magistrate Pa Harry Jammeh of the Brikama Magistrates Court.

In his plea of mitigation the accused told the court, "I have never intended to do so, that is to insult anyone. I deeply regretted this and I am very sorry."

However, after listening to his plea of mitigation the presiding Magistrate convicted and sentenced him accordingly and further ordered him to leave the country and return to his native country, The Netherlands.

It could be recalled that the accused on or about the 22nd March 2009 at Brufut village, Kombo North in Western Region, of the Republic of The Gambia, said that the tax for white people has been increased and that the president is too greedy and corrupt. 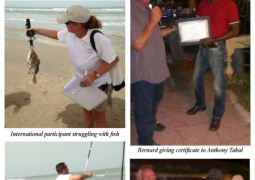