The people of in Foni Berefet District recently benefited from the donations of both a Dutch and Belgian Philanthropist. The donors gave a milling machine value at 2000 Euro, 120 bags of cement for the construction of the and four taps to the . During the handing over ceremony all the V.D.C members were present. Mr. Erect, from the , the Chief donor, urged the beneficiaries to take proper care of the items. In the event that the machine gets any minor problem they should rise and rejuvenate it. He added that the people of Someta are hard working and that they need to be credited.

Mr. Gabriel, the Belgian donor, has pledged to transform part of the primary health care centre into a eye surgery clinic, since the Government cannot do all. Mr. Gabriel further pointed out that they are on the crusade to construct a structure in the premises of P.H.C. He further added that, they will train two people from to become eye surgeons. He finally promised the villages that the issue of medicine or drugs will not be a problem.

Gabriel, the chairman, revealed that if people heard that there is an adequate supply of drugs in Someta they will come and call. He said, "if the word is advancing we also need to advance." 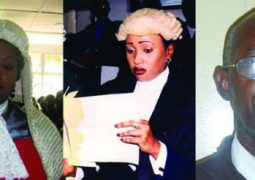