The pastor of Light and Salt Crystal has urged members of the Constitutional Review Commission (CRC) to include the much talked about ‘secularism’ in the final draft of the country’s constitution.

“What the Christian Council is asking to be included in the final constitution is for The Gambia to be a sovereign, secular republic with diverse ethno linguistic and religious freedom communities with equal opportunities and ensuring inter-ethnic, political and religious freedom for social cohesion,” Pastor Seal S. Jammeh said.

He was speaking in Kerewan in the NBR, during the 2nd day of the on-going CRC’s public consultation tour designed to give Gambians once more the opportunity to propose and put in recommendations for incorporation into the final draft constitution.

The country, he added, belongs to all of us irrespective of our religion differences, adding that “we are all equal”, hence there’s need to include secular in the final draft.

The draft constitution, he went on, has now changed the name of the Cadi Court to Sharia Court and also established the Sharia High Court and Supreme Court. “We need to remember that three years back, someone stood here and declared the country as an Islamic State, thus it was an issue that affected us the Christians. We’re urging you to look into the issue critically.”

He said: “I just want to make it clear that the word secular has never been in our previous constitutions.”

Justice Jallow added: “People that are asking for secularism to be included in the final draft constitution may have reason (s) as to why they want it to be included. There was something that happened yesterday that’s why they are afraid. Therefore, we should also listen to them.”

The draft constitution, he explained, has also made it clear that not even a president or the National Assembly will have right to declare that certain religion is important than the other in the country.

“I want to thank members of the CRC for a brilliant job. However, I want the age limit for president to move from 30 to 40 years. We are all seeing and listening to the TRRC testimonies. Most of the witnesses that appeared before the commission are claiming that some of the atrocities that they committed were as a result of the fact that they were young. Therefore, for us to have a good leader the person should be 40 years of age and the upper age should be 75 years,” Ousainou Sane of Njawara opined. 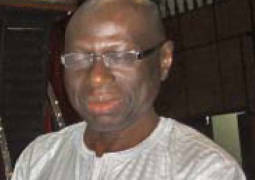