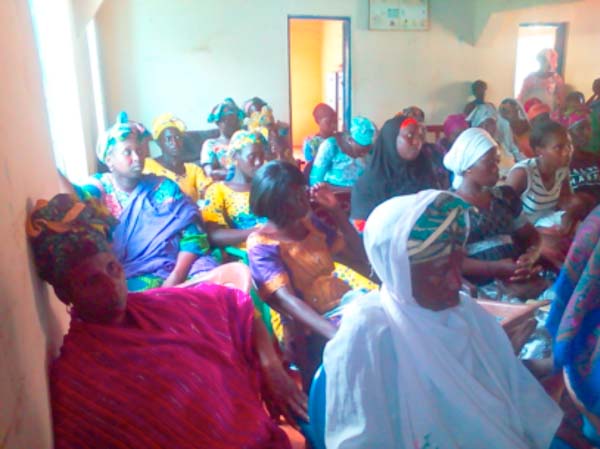 KAIRA SUU Federation, an affiliate to ChildFund The Gambia, Monday held a daylong sensitisation campaign for parents and caregivers on child protection within their communities.

The forum, which targeted fifty-five local participants, was organised and funded by Kaira Suu Federation with the sole aim of enhancing and enriching the relationship between caregivers and their children.

He said the initiative was geared towards bringing more development to the health sector as there is a need for parents and child to have close relationship.

He advised the parents to take the training seriously because at the end of the forum the knowledge gained would have positive impacts on them.

For his part, the chairman of the Village Development Committee (VDC) of Siffoe village, Ebrima Jallow, emphasised the importance attached to the sensitization, considering the welfare of children who are the leaders of tomorrow.

He challenged parents and caregivers to take ownership of the sensitisation training for the development of their children.

He thanked Kaira Suu Federation for the role they are playing in the welfare of children.

He also spoke extensively of some of the interventions ChildFund had made in the society, which was all geared towards complementing government’s efforts.

Regional coordinator at the Department of Social Welfare, Haruna Badjie, made presentation on the issue of protection as a fundamental aspect of children’s rights.

His discussion also touched on the needs of children and how the fulfillment of these needs relate to basic and indivisible rights of all children.

Kaira Suu Federation acting manager, Lamin Ceesay, speaking on the occasion, said there was a need to prepare the children who are the cream of the society.

He said the forum would give parents and caregivers the opportunity to interact with officials, share their ideas and experiences on the best practices for the development of children.

He said protecting children is a collective responsibility but women play a greater role in ensuring the welfare of the children.

Mr Ceesay thanked the participants for responding positively to the sensitization forum as he challenged them to share the information gained with others who were not part of the training.

Also speaking was Adama Sanneh, programme development officer at the Kaira SUU Federation. He said advocating for children’s rights is not something new but because of misconception of the issue, people tend to disregard it.