The President of the Pan-African Parliament (PAP), Hon. Dr. Moussa Idriss Ndélé, MP, on Monday opened the Second Ordinary Session of the Second Parliament, which will run up to April 20, 2010.

In his opening speech, the Dr.Moussa welcomed the distinguished guests and the Members of the Parliament to the Second Ordinary Session and wished them a successful session. The Hon. President highlighted the role of the PAP in promoting the principles of human rights, democracy and good governance in . He also said that "African problems need African solutions."

In addition, he informed the session that a new Clerk of Parliament and the Deputy Clerk for Legislative Business have been selected at the end of a recruitment process that began in September last year. He informed the House that the names of the successful candidates would be announced tomorrow.

Messages of solidarity were presented to the House by the President of the ECOWAS Parliament, the Secretary-General of the SADC Parliamentary Forum (SADC-PF), the Chairperson of the African Court on Human and Peoples' Rights, the current Chairperson of the African Union Peace and Security Council, the AU Commissioner of Economic Affairs, the Presiding Officer of the AU-Economic and Social Council (ECOSOCC), and the representative of the Speaker of the East African Legislative Assembly (EALA).

The session also saw the swearing-in of four new Members of Parliament. 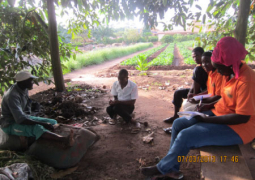