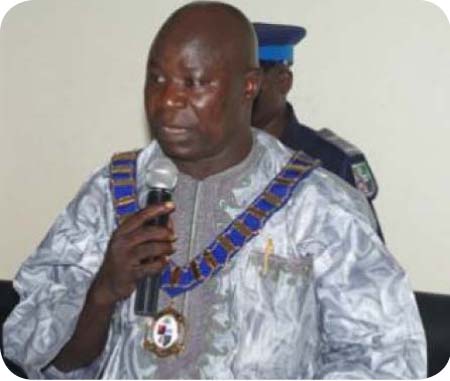 Mayor Yankuba Colley of the Kanifing Municipality has added his voice to the complaint by the municipal and area councils, which say other institutions mandated to collect taxes have encroached on areas which traditionally were sources of revenue for them.

Speaking recently in an exclusive interview with The Point, Mayor Colley who is also the current president of the Gambia Association of Local Government Authorities (GALGA), declared:

“This is what we are complaining about. Not me alone, but it’s the generality of councils; and me as the president of GALGA (the national association of local government authorities), I think I should add my voice to the cries of other councils in the country”.

The KMC mayor said during the meeting with members of the select committee on local administration, they were told about “the problems we are facing right now with taxes.”

He said, for example, the Gambia Tourism Board, GTB, will go collect fees from a motel in Fagikunda. “For us, we feel that is wrong”, adding: “So we want the National Assembly to look at that”.

His understanding is that the GTB should stop at the TDA, where they could deal with the licensing of the hotels and other operators in the hotel’s area. But to go beyond that, “into our markets, to collect taxes is not correct”.

“That is why we said we are appealing to the National Assembly Members to look at it properly, because they are the ones who approved these laws”.

Asked if the KMC has increased taxes recently, the mayor said, “of course, there are increments in taxes right now. Yes, we’ve increased the compound rate. In fact, it was gazetted for a very long time, but was not implemented”.

He added: “Everything has increased… now we know that everything is expensive; everything such as fuel is costly; and we run tractors to make sure the municipality is clean; have projects that we embarked on, which is money”.

Asked about the Bakoteh dump, mayor Colley said right now there is great improvement there, compared to the situation months ago.

“Now you don’t see that smoke; that smoke is no more coming out.

He added: “We have invested heavily to make the dump better, and we are trying to look at how best to engage partners”.

The municipal authorities have been discussing with a lot of foreign investors, according to Colley, “as Bakoteh is full of gas (bio-gas)”.

He said one could install an incinerator there, and generate electricity from the dump.

“If we have that any day, I think the whole municipality and The Gambia would start dancing”.

Regarding the performance of the KMC cleansing service, the mayor said tonnes of garbage are collected daily, as KMC tractors are seen running around collecting refuse.

Then he announced: “We have new ones (tractors) very soon”.

About roads in the municipality, most of which are not usable during the rainy season, Colley said as a municipality, KMC is doing its utmost to make sure the roads are good.

“To build a road is very expensive. So what we can do is to do one at a time. But roads are a problem for all of us”.

He blamed poor town planning and man-made problems as some of the causes of the flooding in the area, during the rainy season.

Projects are prioritized, and carried out “based on what we can do” in a specific placed, and “depends on what the council agreed upon”.

He said his role as the mayor is to make sure that what they agreed to do is what happens.

It is the council, with the mayor as the chairperson, that collectively decides on what, where, when and how projects are implemented in the municipality.

“We are very much proud of how we are right now, since we took over. As a council, we know we still have a lot to do, but we are doing our utmost best. We are in education, health and even agriculture, and those are fundamental”.

Mayor Colley said their goal is to do their level best to satisfy the needs of the people in the Kanifing municipality. 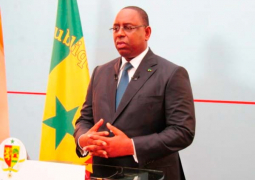