Cherno Gaye, the new Regional Forestry Officer for Central River Region has called on the people of CRR to protect the forest from indiscriminate illegal activities in order to preserve and conserve the remaining natural resources.

Gaye made these statements in an interview with this reporter at his office in Janjangbureh Central River Region South over the weekend.

According to him, forests serve as bank for people who value it, adding that plans were in the offing to ensure that resources are conserved for their availability for generations yet unborn.

Noting that there is an embargo on the issuance of forest licenses and usage of chain saws in the country, he said anybody found culpable would face the full force of the law.

He urged all and sundry to serve as police officers in tracking down offenders by reporting any suspect to a nearby police station, noting that people embarking on this trade are hosted by our own Gambians, who aid them in their operations.

He also appealed to village Alkalolu not to lodge anybody whose aim is to destroy own natural resources, only to go and build their countries.

Gaye added that plans are underway to sensitise the public on the importance of environmental protection and the benefits derived from the forest and the impacts of illegal harvesting of forest resources. 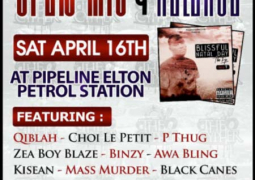