They now stand on slippery grounds in the fight to avoid the red zone in 31 league matches.

Dundee United, who are sitting on fourth place, were given the win by a Russell 66 and Mackay Steven 73rd minute strike, are edging St Johnstone on goal difference, according to BBC.

Hibernian manager Pat Fenlon says on BBC after the match that his players are suffering from lack of belief after losing 2-0 to Dundee United at Easter Road.

Hibs are now faced with an away trip to Inverness Caledonian Thistle and host Motherwell in the final match before the league splits, which could prove crucial in the club’s fight to survive in the topflight.

Fenlon admitted that his side have played better away from home and recognises his players have a task ahead of them to avoid the drop. 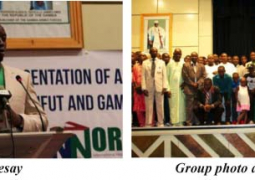