A total of 157 free speech and media freedom organisations have written to US President Barrack Obama expressing concern over the response of the US government to the actions of whistleblower Edward Snowden.

In a strongly-worded letter addressed to Mr Obama, the organisations called on the US government to drop the charges with prejudice against Edward Snowden and take immediate action to protect him and journalists.

Below we reproduce the full text of the letter:

We are writing to you as free speech and media freedom organisations from around the world to express our strong concern over the response of the US government to the actions of whistleblower Edward Snowden. We urge you to take immediate action to protect whistleblowers and journalists.

Edward Snowden’s recent disclosures have triggered a necessary and long-delayed public debate about the acceptable boundaries of surveillance in a democratic country, a debate that on 5 June you welcomed having.

The revelations brought into question the legitimacy of the secretive process of the Foreign Intelligence Surveillance Court and closed Congressional intelligence committees as appropriate forums to determine the fundamental human rights of Americans and persons worldwide.

The disclosures have clearly served the public interest, including by prompting similar debates in countries around the world.

We are, therefore, dismayed that criminal charges have been filed against Snowden, including those under the vague and overbroad Espionage Act of 1917.

Statements by the State Department that Snowden is not a whistleblower simply because of the nature of the charges against him flatly contradict international standards on freedom of expression and information.

Attempts to obstruct Snowden’s freedom of movement, his right to seek asylum, including the revocation of his passport, and other forms of retaliation also violate US obligations under international law.

Moreover, we are concerned that the charges against Snowden are not an isolated incident, and that there have been an unprecedented number of prosecutions against whistleblowers during your administration, as well as intrusive investigations to identify the sources of journalists reporting on matters that are in the public interest.

This tendency of the US government towards obsessively controlling information flows and an aversion to public discourse is both undemocratic and unsustainable in the digital era.

Taken together, we find that these actions have set a dangerous precedent for the protection of whistleblowers and journalists worldwide. As you are aware, whistleblowers often face criminal charges when they reveal information that causes acute embarrassment to governments, to distract from the wrongdoing revealed.

Similarly, journalists are also attacked for publishing the disclosed information. We are seriously concerned that governments will rely on the US example to justify attacks on whistleblowers and journalists who put themselves at significant risk to expose or report government wrongdoing, corruption, or other dangers to society.

The US has a long history of recognising the important role whistleblowers play in democracy, going back to Abraham Lincoln’s 1863 Law, the False Claims Act. While the Whistleblower Protection Enhancement Act of 2012 built upon these protections, they specifically exclude protections for public interest disclosures of national security or intelligence information.

While the recent Presidential Policy Directive/PPD-19 on “Protecting Whistleblowers with Access to Classified Information” and Attorney General Eric Holder’s guidance on protecting reporters’ privilege are both positive, as policy they are not binding law and provide no legal protection or remedy for whistleblowers or journalists seeking to defend information disclosures. Greater legal protections in this area are therefore needed.

We call on your administration to take the following actions:

Drop the charges with prejudice against Edward Snowden

Instruct the Justice Department to declassify and make public all orders issued under the Foreign Intelligence Surveillance Act, upon their completion

Continue to support the adoption by Congress of a strong and robust “media shield law” with narrow exemptions for national security information.

Why students Do Poorly in Examinations 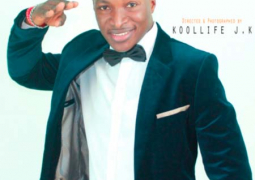