The strategy and tactics of Edward’s testimony is rooted in the philosophy of military training that he himself beautifully explained to the lead counsel. That is, a soldier is trained to withstand any measure of pain and pressure! Hence for Edward the TRRC hearing he underwent was torture or pressure that he would endure so as not to be truthful or take responsibility.

At the very beginning of his testimony Edward had an interesting exchange with Essa Faal on the use and prevalence of torture within The Gambia National Army. For Edward torture is a tool about which soldiers are trained to undergo. They are trained to build resistance against torture in order to deflect torturers or remain silent or refrain from taking responsibility or minimise pain under captivity. This is why the tortures against Sana Sabally and others was only perceived by him to be normal because they were soldiers. It is this mentality that had characterized Edward’s three-day testimony.

But Edward’s first tactic is to pick and choose words and information about an act to use them to build his own narrative or premises only to knock down his own premises with his own desired conclusion. For example, about taking Sana to Mile 2, Edward raised the rhetorical question that that was a minor act and therefore why would he refuse to take responsibility for a simple thing like transporting an individual to Mile 2, therefore he never took Sana to Mile! Period. All throughout his testimony one will find multiple places where Edward uses the same tactic of trivialising an act by remodelling it to suit him and then classify that act as either too stupid or foolish or minor for him to carry it out.

Therefore, we could notice how Edward carefully released selected information or created some dumb speculation about people, events and acts that will favour him or remove himself from responsibility. For example, he employed logic and speculation such as why would he work with someone he did not know. Logically no human being will do business, especially an illegal business with an unknown person. With this logic Edward was able to deny ever working with Kanyi whom he did not know to kill Koro much more be present at Yankuba’s house.

But this is where Edward’s lies are also exposed because it was, he himself who said that Alhagie Kanyi was part of the November 11 coupists. Yet how come Kanyi was not arrested and killed like the rest but came to be on the killing party on the side of the AFPRC? Rather Edward went further to speculate that it was Kanyi who acted on his own to join the killing party. Unfortunately, Edward was not asked why he did not arrest and kill Kanyi as a coupist?

While he sought to make us believe that he was remorseful about the atrocities we could see however how Edward employed the same logical argument to justify the killings. For example, he said they had to kill the November 11 coupists because any junta would have done the same so long as one faced threat from fellow soldiers. But these so-called coupists where not killed during a fight rather they were captured alive first and then slaughtered in cold blood! How then can one justify that murder except if one is both a sociopath and a psychopath like Edward, i.e. Edward neither feels guilt (sociopath) nor does he care if when he knew what he did was wrong (psychopath)!

He used the same immoral logic in the beating of UDP militants on the basis that those militants protested in the first place. This further made his apology nothing but a show to hide his criminality. He went further to employ more logic that they were young officers with him being only 25 years. Therefore, despite his series of apologies it is clear that Edward neither has regret or remorse nor does he care about anyone or anything.

The rest of his testimony employed this same logic backed by false equivalence and speculation. For example, he arrested Sana and Sadibou based on weak allegations but then justified that he cannot take chances in case something else happened. Where Edward cannot utilize his logic, he feigned ignorance or touted speculation with lot of ‘ifs’ and ‘buts’ and throwing back rhetorical questions.

For example, he asked rhetorically how he could be seen smoking when he does not smoke. He said how could anyone see in the dark even though Yankuba’s house had outside lighting. He also said Yankuba’s guards were sent to check on the beach even though he gave no proof that Jammeh indeed did order that mission when he was the Vice Chair and Minister of Defence! It is obvious that military house guards are not the appropriate outfit to conduct patrol of that nature.

Apart from logic, semantics and speculation Edward’s next big strategy is body language. All throughout the testimony Edward maintained a particular sitting posture and a countenance that was consistent and steady just to hide his emotions! Where he cannot hide emotions, he personalized and misinterpreted the words of the lead counsel by claiming to have been insulted or humiliated or unfairly treated. It is these gimmicks that had won him popular sympathy on the first two days against Essa Faal.

To further dramatize this tactic he would turn to report the lead counsel to the Chairman of the TRRC or release words that appeal to the sensibilities of The Gambian populace. For example, he said he was not corrupt because his bank account was in deficit with an incomplete building. But it’s common knowledge that Edward did live a highly comfortable lifestyle beyond the salary of his position until today! His most cunning tactic is when he would decide to release certain vibes in Mandinka or Wolof. For example, at one point he turned into Wolof by claiming that the lead counsel hated him or would decide to apologies in Mandinka by exploiting to socio-cultural and religious soundbites.

While he said he was not interested in power and wanted to go back to the barracks even though staying in government for 13 consecutive years, Edward had to go back to his old logic by stating that it was the people who begged Jammeh to resign from the military to stand for president. For that matter he was also approached by his colleagues to give support to Jammeh! The truth is Edward had no interest to ever leave government and he was part and parcel of the scheme to transform AFPRC into APRC of which he became the first Secretary General.

Therefore, what Edward’s testimony demonstrates it that he was indeed the quintessential man without conscience and character with incredible capacity to lie and dodge! Edward has emerged out of the TRRC as a remorseless human being without courage and honesty. He has insulted the nation in ways never heard before. History shall record Edward Singhateh as the Gambia’s top prodigal son! It will therefore be a tragedy of enormous proportions for the TRRC to fail to charge him for perjury. His testimony is entirely false, and he must be held accountable.

For the Gambia Our Homeland 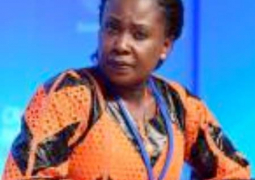 Shortage of medicines soon be history