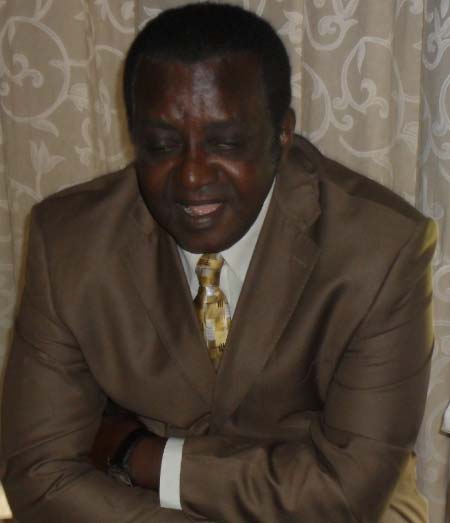 The ECOWAS Brown Card allows the free movement of people and goods within the Economic Community of West African States (ECOWAS).  The card provides compensation to victims of motor vehicle accidents, which may occur while travelling within the ECOWAS sub-region.  It also provides insurance cover for third-party liability risks relating to accidents resulting in death and /or bodily injury and property damage.

According to Henry Jawo, secretary general of the Gambia National Bureau of the ECOWAS Brown Card Insurance Scheme, the rationale behind the introduction of the new card is because the old card was easily being forged, as many instances fake card have been discovered in the region. This necessitated the introduction of a new card with improved security features.

“The new card has security features embedded in it which are not visible but can be seen only by those inspecting the card who will be using sophisticated gadgets to verify if the card is faked or not,” Mr Jawo, who is also the executive secretary of the Insurance Association of The Gambia (IAG), explained.

He said the difference between the new card and the old one is that the latter has four copies and upon purchase of it the customer takes two copies one of which is given to the national bureau of the country that may be the place of an accident involving the holder of the card. Of the other two copies, one is retained by the insurance company and the other is sent to the national bureau where the card was printed.

He said the new card is only one single leaflet “with significant security features that cannot be seen by the naked eye”.

The new card, he said, was launched in Cotonou, Republic of Benin, on 12 October 2011 during the 28th Ordinary Session of the Council of Bureaux of the Ecowas Brown Card Insurance Scheme.

In terms of cost, Mr Jawo said there will definitely be a difference between the cost of buying the Brown Card (presently in use) and the new secured card to come into effect on 1 January 2012, considering the expenses incurred in improving the card.

The ECOWAS Brown Card Insurance Scheme was established by protocol A/P1/5/82 by the ECOWAS Commission and signed by Heads of State of member countries on 29 May 1982 in Cotonou, Republic of Benin, in cognizance of the fact that no regional integration is viable unless some security guarantees are provided for road users. The scheme was established for an automatic cover and the settlement of claims arising from cross-border road traffic.

The card has also been introduced to assist motorists harassed when involved in accidents in a foreign country and to establish trade links among ECOWAS member states as well as to allow the free movement of goods and people across borders.

He said that in addition to the card providing compensation for victims of road accident, it also encourages trade and tourism thus establishing international links which would open up the ECOWAS markets.

The Brown Card is said to be one of the most successful instruments of integration in ECOWAS.  Therefore, Mr Jawo would like to call on the security personnel whose role is to protect citizens, and all other concerned individuals to embrace the card.

He also urged the motorists to not cross the borders without acquiring a brown card from their insurance companies “because it is for their own protection”.

It is believed that the introduction of the new ECOWAS secured card would certainly help in strengthening, fast-tracking and simplifying the process for claims settlements.

Peace and security must be maintained