A reflection on the political transition in The Gambia in 2016 is important because it has a direct bearing on the administration and governance of the country.

In 2016, seven political parties came together to form a coalition whichsaw them file an independent flag bearer to contest against former President YahyaJammeh in the elections. The coalition set up a transitional agenda with certain conditions to be fulfilled within a 3 year mandate. This includes, flag bearer to resign from his party, flag bearer to resign as President after three years and to conduct fresh elections in which he will not contest, to carry out institutional reforms and transitional justice programs, etc. among others. It was envisaged that these measures will build a sound foundation for democratic governance, economic reconstruction and social rehabilitation for the prosperity of the nation and the people.

With the refusal of the executive to honour the transition agreement of 2016, the country is now experiencing dwindling public confidence in the executive hence the current political crisis regarding the coalition promise. The political discord now is between those 3 year Jotna movement and those 5 year mandate for Barro movement. Resolving the problem between constitutionalism and moralism is critical to the governance architecture in this period of political transition. The political atmosphere has been convoluted. The government is acting on emotions on the 3 year Jotna issue and the people are acting on emotions on the 3 year Jotna issue. There is no rationalisation and action plan to deal with the issue which poses threat to national security and the peace of the country.

We are now in some melodramatic stage of our political development. The trend is rather unsettling. The political scenario is driven by the competition for leadership only and not a visionary and ideological driven conviction of most politicians. In New Gambia people have not yet learned any lessons from the past. This is a sad situation for the transition we all yearn for in New Gambia.

The current debates and protest matches are threatening the peace and stability of The Gambia. The leaders of the coalition are mostly quiet in finding a resolution to the problems created by their own agreement. There is political anger in all corners of the country. One would have expected that the international community and particularly the UN, AU, ECOWAS, EU, etc. who played important roles in The Gambia’s transition from dictatorship to democracy and in the peaceful transfer of power, will consider it prudent to talk to the government and opposing factions in the current emerging political crisis to avert the country going into regrettable chaos.

Postponing the demonstrations on January 19 and going ahead with it later is not a rational solution to the issue in my view. The 3 year coalition mandate for the President would have expired and Barrow will be on his way to a 5 year mandate. It has to be accepted that there is no more coalition and to expect the President to step down is like waiting for a marine vessel at the airport. It has to be accepted that the coalition was built on a wrong platform. The constitution does not call for a transition government of 3 years. Even if the President were to step down there will be no fresh elections. The 3 year advocacy makes sense only in holding the President to his moral conscience. It is therefore about time that Gambians focus on the bigger political scenario with 14 political parties ready to battle for the Presidency in 2021. We might be heading for another coalition.

In the interest of peace and in the best interest of the nation, the President, in my view, should be advised to allow space for himself to address the nation on the 3 year/ 5 year tussles between Gambians. A government committed to the rule of law, democracy and good governance should not shy away from addressing issues that present potential danger to the peace and stability of the country.

It is clear to all Gambians that coalition promises could not be met in three years. In view of the on-going transitional justice programs, the pending needed reforms in the security and the civil service, the on-going infrastructural works in the country, the implementation of the National Development Plan and so forth can only be accomplished in a longer period, hence the need to continue the constitutional mandate to finish the agenda for socioeconomic development.

All that is needed is to urge all Gambians to exercise patience, maintain the peace and adhere to the rule of law which are central to the strengthening of the new democratic dispensation in new Gambia. The political space will be opened next year in 2021 and Gambians will have the opportunity to elect the President of their choice. This is an executive responsibility to resolve the looming political crisis. It is our collective responsibility as Gambians to resolve our political differences. 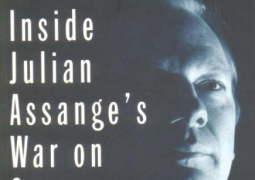