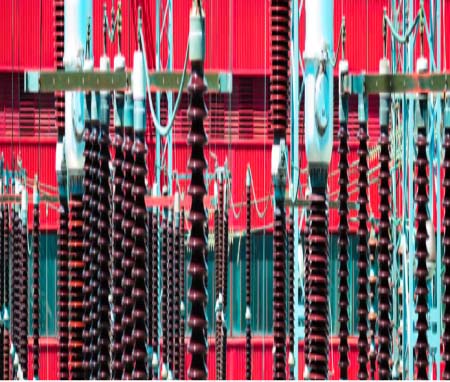 The Point on Wednesday reported that the hydro-electricity project at Sambangalou of OMVG, the Organisation for the Development of the Gambia River Basin, is one of 16 infrastructure projects that have been selected by NEPAD, taking into account their impact on the continent’s economic development.

This was revealed by news reports on the summit of African Union heads of state and government on the financing of infrastructure by the New Partnership for Africa Development (NEPAD), held last week-end in Dakar, Senegal.

More information on the Sabangalou project was looked for and obtained online. According to the project description, “this project entails the construction of a gravity dam with a 128 megawatt capacity, as well as a 185 square kilometre reservoir”.

Regarding the project background, “the Sambangalou Dam will be a multi-purpose dam. It will have a capacity of 128 megawatt and produce 402 GWh of energy.

“It is located 930 km upstream from the mouth of the Gambia River and about 25km south of Kédougou. The dam will be located in Senegal, and part of the 185 km2 reservoir will be in Guinea.

“The plant production cost is estimated at USCents 16.2/kWh at the bus bar. Through the development of this 128 MW hydropower plant on the Gambia River, the countries involved, namely Senegal, Guinea, Guinea-Bissau and The Gambia will enjoy low-cost, renewable energy. “This project originally formed part of a larger Gambia River Basin Development Organisation (OMVG) project which entailed an interconnecting power grid with the Kaleta Dam in Guinea. The OMVG was established in 1978 with the three principal thrusts of energy, food security and communication.

“After conducting various studies, the OMVG recommended four potential sites for hydropower projects. The OMVG will still take the lead on this project, while the Economic Community of West African States (ECOWAS), the ECOWAS Bank for Investment and Development and the West African Power Pool will play key roles in the implementation”.

About the expected results, “the availability of low-cost electricity will lead to increased regional power trade. The additional electricity made available through this project will also increase the region’s energy security”.

Concerning the technical information, “this project entails the construction of a gravity dam with a 128 megawatt capacity, as well as a 185 square kilometre reservoir”.

On the milestones, “construction was scheduled to commence in July 2013 and should be complete by the end of 2017. A feasibility study was completed in 2011 and two detailed social and environmental impact assessments were done to avert any possible environmental impact. It was determined that a resettlement programme is necessary.

“Due to the numerous parties involved in this project, a dedicated co-ordination unit will be formed to manage the implementation process. It is necessary for an updated inter-governmental agreement to be drafted to confirm the status of the project and the parties involved need to decide whether a public-private partnership structure should be used”.

Regarding the funding requirements in US dollars, this was put at 300-429 million US dollars. Source: Virtual PIDA Information Centre (VPic).