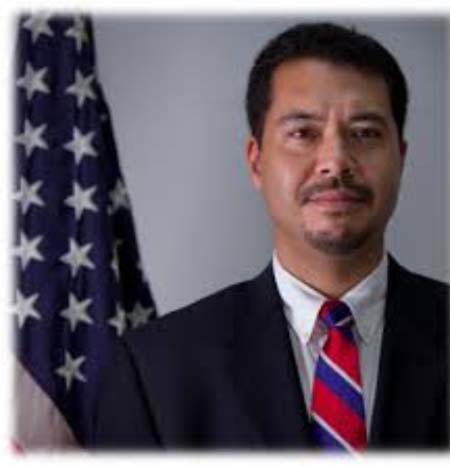 The embassy of the United States of America in Banjul on Wednesday 18th June celebrated the 238th independence anniversary of America, at an Independence Day reception held at the Coco Ocean Resort and Spa in Bijilo.

Cabinet ministers, diplomats, civil society representatives, US embassy officials and a cross-section of the public attended, and marked July 4th described as “a day of cheer and jubilation” by Richard T.Yoneoka the Charge d’Affaires at the embassy.

“It is also our imperative to take pause and remember the meaning of Independence Day”, Yoneoka said in his speech delivered on the occasion.

“Two hundred and thirty-eight years ago, a group of people made a declaration that would forever change the course of history. These patriots, our forefathers and foremothers, provided a voice for the voiceless, hope for the hopeless, a dream not only for Americans, but for people all around the world”.

He added: “While Independence Day is a day to remember where we have been, it is also a day where we focus on where we will go. We are a nation dedicated to moving forward, not dwelling in the past. Progress, looking ahead, has been something instilled in the American spirit since 1776, when America celebrated our independence from England.

“Despite the long war between the then American colonies and England, immediately after our declaration of independence, trade between the two countries resumed. Soon after, diplomatic relations were established.

Richard T.Yoneoka went on to state that, “long ago the United States of America and The Gambia also forged a relationship of mutual trust, mutual interest and respect”.

“I have been researching the history of the relationship between the two countries, and it appears that the US first established relations as early as 1830... I found and I’m holding in my hand a copy of the 1881 appointment of one of our earliest diplomats, a vice consul, to the resident in The Gambia.

“Our engagement with The Gambia, dating back at least 130 years was re-energized 50 years ago at the time of Gambian independence, and remains as strong and important today as ever before, he said.

“But we are not merely satisfied with closeness of our relationship in the past; we are committed to maintaining and growing the collaboration between our two nations into the future. I hope that just as we did with England, we will continue to turn forward and look ahead. Our cooperation is strong and continues to grow”, he emphasized.

Speaking on behalf of the Gambia government, Kebba Touray, the minister of Finance and Economic Affairs, who represented the minister of Foreign Affairs, said the pioneers of American independence should be commended for their resilience and commitment for liberating the United States of America from the atrocities of centuries of colonial rule.

‘As we join you on this auspicious occasion of freedom and the recognition of fundamental human rights, I am hopeful that the Government and people of the United States will celebrate this day bearing in mind the importance of these core values in ensuring world peace and order,’ he stated.

“We live in a globalised world, where instability in one nation will in one way or the other impact us all; therefore, as the United States celebrates freedom day today, it should put the freedom and liberty of all other nations into consideration”.

‘We should redouble efforts to strengthen our existing areas of cooperation, which include education, health and the environment, and to broaden the scope of our cooperation,’ Touray said.