The principal function of the lungs is to exchange gases between the air we breathe and the blood. Through the lung, carbon dioxide is removed from the bloodstream and oxygen from inspired air enters the bloodstream.

The right lung has three lobes, while the left lung is divided into two lobes and a small structure called the lingual that is the equivalent of the middle lobe on the right. The major airways entering the lungs are the bronchi, which arise from the trachea.

In our today’s edition of Health Matters, Dr Hassan Azadeh, our health adviser and a senior lecturer at the University of the Gambia, who is also a senior physician will be focusing on the correlation of smoking anddeveloping of lung cancer and explains about signs, symptoms and treatment’s facilities in the Gambia.

Tumours can be benign or malignant; when we speak of “cancer,” we are referring to those tumours that are malignant. Benign tumours usually can be removed and do not spread to other parts of the body. Malignant tumours, on the other hand, grow aggressively and invade other tissues of the body, allowing entry of tumour cells into the bloodstream or lymphatic system and then to other sites in the body.

This process of spread is termed metastasis; the areas of tumour growth at these distant sites are called metastases. Since lung cancer tends to spread or metastasize very early after it forms, it is a very life-threatening cancer and one of the most difficult cancers to treat. While lung cancer can spread to any organ in the body, certain locations -- particularly the adrenal glands, liver, brain, and bones -- are the most common sites for lung cancer metastasis.

Tobacco smoke contains over 4,000 chemical compounds, many of which have been shown to be cancer-causing or carcinogenic. The two primary carcinogens in tobacco smoke are chemicals known as nitrosamines and poly cyclic aromatic hydrocarbons. The risk of developing lung cancer decreases each year following smoking cessation as normal cells grow and replace damaged cells in the lung. In former smokers, the risk of developing lung cancer begins to approach that of a non-smoker about 15 years after cessation of smoking.

Passive smoking or the inhalation of tobacco smoke by non-smokers, who share living or working quarters with smokers, also is an established risk factor for the development of lung cancer. Research has shown that non-smokers who reside with a smoker have a 24% increase in risk for developing lung cancer when compared with non-smokers who do not reside with a smoker. The risk appears to increase with the degree of exposure (number of years exposed and number of cigarettes smoked by the household partner). An estimated 3,000 lung cancer deaths

Air pollution from vehicles, industry, and power plants can raise the likelihood of developing lung cancer in exposed individuals. Up to 1% of lung cancer deaths are attributable to breathing polluted air, and experts believe that prolonged exposure to highly polluted air can carry a risk for the development of lung cancer similar to that of passive smoking.

What are lung cancer symptoms and signs?

·No symptoms: In up to 25% of people, who get lung cancer, the cancer is first discovered on a routine chest X-ray or CT scan as a solitary small mass sometimes called a coin lesion, since on a two-dimensional X-ray or CT scan, the round tumour looks like a coin. These patients with small, single masses often report no symptoms at the time the cancer is discovered.

·Symptoms related to the cancer: The growth of the cancer and invasion of lung tissues and surrounding tissue may interfere with breathing, leading to symptoms such as cough, shortness of breath, wheezing, chest pain, and coughing up blood. If the cancer has invaded nerves, for example, it may cause pain that travels down the outside of the arm). If a large airway is obstructed, collapse of a portion of the lung may occur and cause infections (abscesses, pneumonia) in the obstructed area.

·Symptoms related to metastasis: Lung cancer that has spread to the bones may produce excruciating pain at the sites of bone involvement. Cancer that has spread to the brain may cause a number of neurologic symptoms that may include blurred vision, headaches, seizures, or symptoms of stroke such as weakness or loss of sensation in parts of the body.

When should one consult a doctor?

One should consult a health care professional if he or she develops the symptoms associated with lung cancer, in particular, if they have

·a new persistent cough or worsening of an existing chronic cough

·blood in the sputum

·breathing difficulties such as shortness of breath or wheezing

What is the treatment for lung cancer?

Treatment for lung cancer can involve surgical removal of the cancer, chemotherapy, or radiation therapy, as well as combinations of these treatments. The decision about which treatments will be appropriate for a given individual must take into account the location and extent of the tumour as well as the overall health status of the patient.

Radiation: Radiation therapy may be employed as a treatment therapy uses high-energy X-rays or other types of radiation to kill dividing cancer cells.

Chemotherapy:may be treated with chemotherapy. Chemotherapy refers to the administration of drugs that stop the growth of cancer cells by killing them or preventing them from dividing.

Experimental therapies: Since no therapy is currently available that is absolutely effective in treating lung cancer, patients may be offered a number of new therapies that are still in the experimental stage, meaning that doctors do not yet have enough information to decide whether these therapies should become accepted forms of treatment for lung cancer.

The World Health Organization has called for governments to institute a total ban on tobacco advertising to prevent young people from taking up smoking. They assess that such bans have reduced tobacco consumption by 16% where instituted. Hopping that the ban of smoking in public places in the Gambia help reduce the number of innocent passive smoker too.

For more information send email to azadehhassan@yahoo.co.uk, text to 00220-7774469 or call on Dr Azadeh Health Show on Afri-radio every Wednesday from 9-9.30 am. 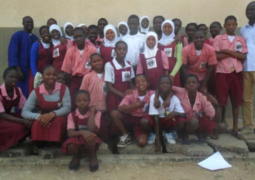 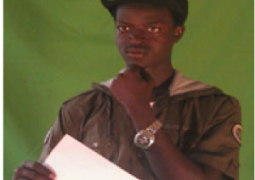