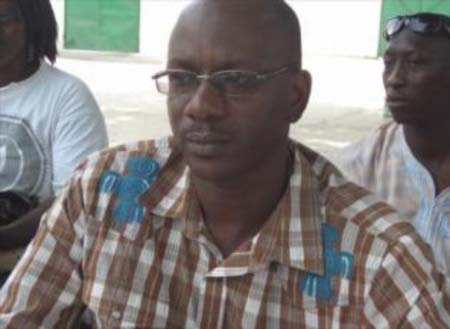 The Gambia Armed Forces (GAF) will take on Saints in the female final to be played at 4pm while YMCA will battle it out with Serrekunda West in the final of the same day and venue at 7pm.

He described the league as successful, but adding that they still have some constraints. He also talked about the reason for choosing the format they used this year during the league.

They are one big family and have been able to maintain unity among all teams, he stated, while thanking the President of the Republic of The Gambia for giving them the space and environment to be able to play the game as without a safe environment, with an empowered youth they would not be playing basketball.

“In every good thing there are problems we have encountered and continue to encounter,” he noted, saying he thinks they are the association that has played their national league up to the last weekend without a sponsor.

He therefore appealed to everyone that they still need sponsors to come and help them. “This is extended to the President for him to help us to be able to at least have some cash prizes at the end of the night so that teams will go back home with trophies and cash prizes,” he added.

If people want to see basketball revived let them come and watch the games, he also said, adding that they will have artists performing during the break to entertain spectators.

All their medals are sponsored by Sky High Group, he went on, saying during the regular season LG were able to donate to them some money but they used it to pay the referees transportation and some of the media people that went and came.

“It is customary in our association that not only do we give to the winners but all other teams that participate in the league,” he highlighted, while appealing for support.

FIVA has invited them to go for the qualifying rounds for the All Africa Games and Afro-Basketball 2015, the GBA President further said, adding that they have 5 teams in their pool and the teams will be divided into 2 and once they get the confirmed number of teams in the pool they will be engaging Government and sponsors to help them at least expose the kids to go and taste international game.

They can only move forward if they have an indoor basketball court, he re-echoed, saying “unfortunately the rains are here and kids would be out during the summer and this is when we need to tap the kids to be able to get them to the level where we want them to get to”.

“I am pleading with the Government, His Excellency President Jammeh and to any sponsor, it is about high time that basketball association do have an indoor basketball court,” he concluded.

The first game will be between GAF against Saints while SK West and YMCA will play the second final, he added, pointing out that both finals are a repeat of last year and as such they want to see revenge but in a fair and very competitive way.

Last year they played a league and a knockout but unfortunately this year they started the league very late and therefore decided to change the format to where you play a league that goes to a play off, he stated, describing it as more of an American type.

When the league ended YMCA were at the top and the seedlings were done, Mr Jallow further said, adding that after that they gave everybody a chance to lose twice games to be out of the play offs.

If YMCA wins the final it’s the end of the season, he stated, saying that for the females an outright winner goes home with the trophy.

They want the best for their winners and do not want to put price tag on the winners’ prizes until they finalise everything, he also said, while assuring finalists they have people coming in and as such this year’s prizes will be better than that of last year. 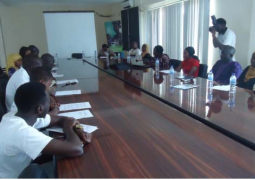