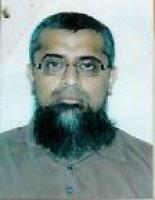 A UK-based registered charity organisation called Noor Aid, also operating in The Gambia, has provided support to the communities in The Gambia for 2012 alone which cost over D10 million, said Hashim Bharucha in an interview with The Point newspaper at the Palma Rima Beach Hotel in Bijilo.

According to him, the charitable organisation is an international relief charity established in 2002 with the objectives of helping and complementing government efforts in alleviating poverty through giving donations, providing education, supporting agricultural initiatives, empowering girls and women among others in Africa and Asia.

“Much of our work is concentrated in The Gambia (Western Africa) but we also have ongoing projects in Rajasthan, India,” he said, adding that they also supported the past disasters in Myanmar (Burma) and Gaza.

He recalled that in their early days’ visit to The Gambia, they saw the need to support the poor and needy in food aids, health, education and agriculture to uplift their status, reduce poverty and improve their livelihoods.

“This prompted us to start operations in The Gambia by giving helping hands to Gambian people through donations and this inspired us to help the needy population in this country,” he added.

The organization strictly operates a 100 percent donation, 0 percent deductions policy; so every penny of donation goes to those who need it most, he said, adding that any individual can help to support their work by sending them donation which will reach beneficiaries in all the countries they are operating.

For his part, Ousman Jammeh, the contact person of Noor Aid The Gambia, said some of the interventions include provisions of pipe borne water, construction and rehabilitation of mosques, food and clothing distribution, education sponsorship, health support, water projects, sponsorship, distribution of cattle and sheep for local communities during Tobaski feasts and relief efforts when a disaster occurs.

In addition, the project/organisation is operating in the Greater Banjul, LRR, CRR and NBR in trying to complement government efforts to help reduce poverty in the areas mentioned.

The meat they distribute, he said, is distributed among the poor and needy, saying most of the poor people cannot afford to buy meat daily for family consumption.

Highlighting some of their latest interventions, he said this year the organisation provided 11 bulls, 33 sheep, 300 bags of 50kg of rice, gallons of 20-litre vegetable oil, several bags of 20kg onions, 50kg sugar bags, scholarship packages, cash support to family heads and cloth, saying: “This year we sent a 40ft container full of used and new clothing to The Gambia.”

He also thanked President Jammeh for creating the enabling environment for organizations like theirs to operate in the country.

He also commended the chairman of the organisation for the support they have been rendering to Gambians and urged other philanthropists, organizations here and abroad to emulate Noor Aid. 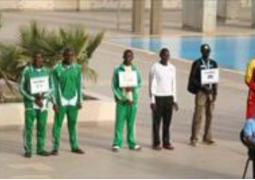