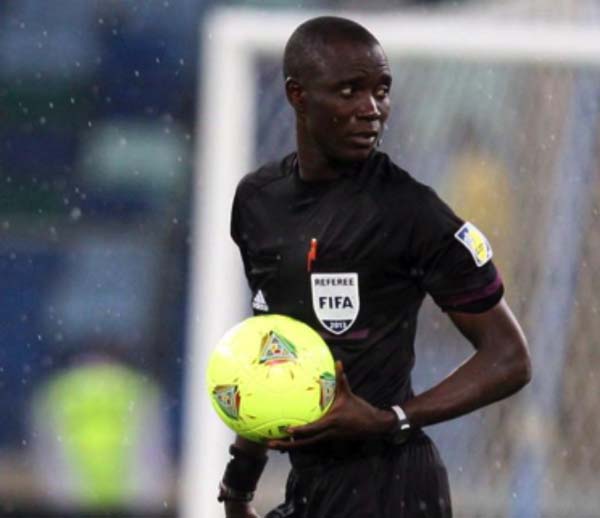 Many of the continent’s commentators tipped the Gambian to be appointed for the most important game in the African football calendar, prior to the game.

The Gambian, who turns 36 today, was in December 2014 awarded Africa’s 2014 Best Referee title at the Glo-Awards held in Lagos, Nigeria.

Gassama had officiated three games in the championship prior to Sunday’s final.

In each of the games: Equatorial Guinea vs Congo Brazzaville; Tunisia vs DR Congo and Algeria’s quarterfinal defeat to Ivory Coast, Gassama was hailed for his perfect refereeing, especially at a time when some participating teams have accused referees and CAF of being biased.

In each of the previous three Afcon championships that Gassama has officiated, he had never refereed beyond the semi-finals, but having been appointed for the most important continental club games in the past couple of years, as well as been named the African Referee of the Year 2014 shortly before the competition, Papa Gassama was the favourite to be appointed by the CAF referees committee.

Gassama had officiated his second African Champions League final last year, when he took charge of the decider between eventual winners Entente Setif from Algeria and Vita Club of DR Congo.

He also officiated the 2013 decider between Al Ahly from Egypt and Orlando Pirates from South Africa. It is always considered that the second leg is the most difficult and, therefore, the more experienced officials are engaged for this.

Gassama has a wealth of experience as a referee in his home country and on the international stage. He refereed in the semifinals of the Confederations Cup earlier last month, and also made history when he officiated two games in the Qatari domestic football league to become the first non-Asian referee to do so.

All of this came about following a memorandum of understanding with the Qatari Football Federation and FIFA in terms of refereeing assistance.

This MoU allows for continental Africa to assign its top referees and assistants to officiate some of the toughest and fiercely contested games in the Qatari Super League.

As part of the implementation stage of the agreement, Gassama, who was voted as one of the seven best referees by Fifa’s Referees Committee at last summer’s World Cup in Brazil, became the first African to be appointed for the assignment.

Papa Gassama is no stranger to tough encounters between the African continent’s top teams. He also officiated at the 2013 Club World Cup in Morocco.

Gassama was commended by the international press after the final between Ivory Coast and Ghana for his brilliant performance.

The Gambia Football Federation (GFF) had earlier announced they would organise a big welcome ceremony for him when he finished his participation in the AFCON competition.

Gassama became a FIFA referee in 2007. He officiated at the 2012 Olympic tournament, in which he was the fourth official for the gold medal match between Mexico and Brazil. He also served as a referee at the 2012 and 2013 African Cup of Nations tournaments, as well as the 2014 FIFA World Cup qualifiers.

In March 2013, FIFA named Bakary Gassama as one of the fifty potential referees at the World Cup 2014. On 15 January 2014, FIFA announced that he would be one of the 25 referees at the tournament. His assistants will be Evarist Menkouandé and Felicien Kabanda. The match that he led was the third group stage match in group B between the Netherlands and Chile on 23 June 2014. 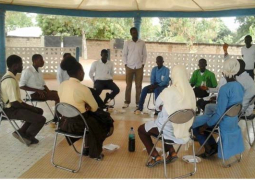 NBR communities appeal for US assistance