The new Taiwanese Ambassador to The Gambia His Excellency Rechard Shih, arrived in the country yesterday as head of the Taiwanese mission in The Gambia.

He was met on arrival at the by Her Excellency, the Vice President, Ajaratou Isatou Njie Saidy. She is now on her way to where she will attend the inauguration of their new president on Tuesday.

Ambassador Shih has served in several high profile positions in Taiwan such as Deputy Director for NGOs, Director of Journalism and Culture, Spokesperson for the Ministry of Foreign Affairs, from there he was appointed Ambassador to South Africa and then to The Gambia. 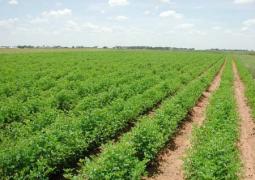