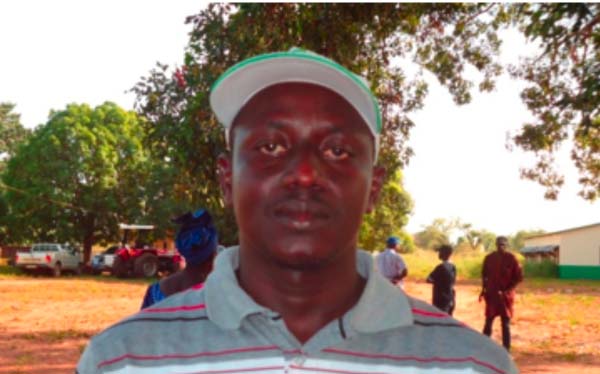 The training session is being held at the Red Cross branch office in Brikama.

According to officials of NEDI, the training course was organize by NEDI in collaboration with the Gambia Growth and Competitiveness Project, GCP, which is targeting 350 youths and women across the country, and that 50 participants would be trained in each region.

Addressing the forum, the coordinator of NEDI, Landing B Sanneh, said the training activity was been organized by NEDI with partnership support from the GPC through a matching grant under the World Bank.

The GCP contributed 30 per cent of the funds and NEDI contributed 20 per cent to conduct the training exercise across all the regions in The Gambia.

“We started early in October with the capital city Banjul, then KMC and we are now in West Coast Region,” he stated.

Sanneh reminded the gathering that NEDI is the enterprise arm of the Ministry of Youth and Sports to support youths and women in small and medium enterprise business development, as well as promote the entrepreneurship culture and behaviors among young people and women; also promote income generation and employment for the unemployed.

NEDI is responding to the needs of youths and women, who represent over 60 per cent of the population of this country, Sanneh added.

Sanneh stressed that with funding and support, NEDI is ready to support many young unemployed people in the country to provide more jobs opportunities and minimize the young people going to Europe through the “back way”.

He described the training course as “very important”, adding that at the end participants are expected to gain new knowledge, which would support their livelihood.

Mr Sanneh challenged the participants to take the training course seriously, to utilize the knowledge gained and to share with others who are not present.

He thanked the GCP project for their support in making the training exercise possible throughout the regions of the country, and thanked other partners who supported them in one way or the other.

The executive director of Nation Youth Council at the Ministry of Youths and Sports, Lamin Darboe, thanked the management of NEDI and GCP for organizing such a training course, which would go a long way in boosting the young people’s knowledge and help create job opportunities.

He had no doubt in his mind that the training course would go a long way in helping the young peopleto venture into their own business, which is another solution to youth unemployment.

Darboe urged the beneficiaries to take the training course seriously, as it was expected to enhance their capacity and build their skills in business development.

Darboe assured them that the Ministry of Youths and Sports would continue to support this young initiative of NEDI, as it is part of nation building as well creating employment for the youths.

Mahmoud L Jawla, youth and sports coordinator in the WCR, expressed happiness to be associated with this training activity, which he described as timely and the first of its kind in the region.

He said NEDI’s intervention has change many livelihoods through creating more job opportunities for many youths and women.

Jawla challenged them to make best use of the training opportunity, and share with others and assured them that the Governor’s office would continue to support NEDI.