Mr. Lamin K. Saidy, the Chairperson of the Network of Adolescents in Youths on Population and Development (NAYPOD), who also doubles as the Administrative Officer of the network revealed that his network comprises representatives of various regions, municipalities and national youths organisations.

According to him, these organisations are those working in the field of population and development, together within the framework of youths forum on 'Greater and Effective Youths Participation in 's Development', which was held sometime in 2006, at the Friendship Hostel in Bakau.

Mr. Saidy made these assertions in a chat with youth forum recently at the Friendship Hostel, shortly after the national congress.

Mr. Saidy recalled back in 1994, when ' the International Conference on Population and Development (ICPID) was held in , noting that the conference stressed the importance of the role of youths in realising the objectives and goals of the ICPD and MDGs.

According to the NAYPOD Administrative Officer, the role of youths in national development includes contributing to the eradication of poverty, gender equality and equality and the reinforcement of means of action of young people, including the adolescents in setting up a legal framework for family planning, sexual health and fight against HIV/AIDS.

According to Mr. Saidy, his network is an instrument for addressing population and development issues, promoting adolescence and youth reproductive health and fighting HIV/AIDS between the youths and the government and other development partners in order to achieve the MDGs and ICPD programmes.

He stated that the network fosters and increases knowledge sharing, youth participation, information and implementation of policies and programmes, as well as partnership with adult stakeholders.

But he said that his network contributes to the health and development of adolescent and the youths of the , through greater and effective participation.

Dilating on his network's areas of intervention, he said, it includes population and development, sexual and reproductive health, HIV/AIDS prevention, care and treatment, harmful cultural practices, education, among other areas.

6 from China under coronavirus observation 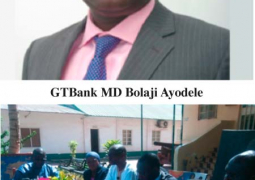