Over two hundred participants have benefitted from a series of training workshops targeted at traditional communicators and women of reproductive age from the Kombo in the West Coast Region of the Gambia. Save the Children International and UN Women have continued to support GAMCOTRAP to reach out to communities and raise awareness on the harmful effects of female genital mutilation, early and forced marriages and other forms of violence against women.   During the series of sensitization trainings, thirty-four Kabilos in Mandinary, Jabang, Jambanjelly and Jambur were engaged to create awareness amongst them in the bid to protect girls and women from the harmful effects of FGM in particular.

It is has been noted that the Alkalolu and the Women’s leaders have shown commitment in the fights against the practice of FGM and have demonstrated that through their active participation to facilitate the workshops to be held in their communities.

At Mandinary the Women’s leader, Aja Mariatou Suwaneh noted that despite hearing and learning about the campaign to stop FGM, her community was lucky to be amongst those that have been identified to be reached. She encouraged the women to make best use of the knowledge gained from the training to protect the girls that are yet to be circumcised. She advised mothers to reflect on the information they received because some women are experiencing some of the harmful effects of FGM. She said she was also happy that women were informed about other issues that affect their rights in marriage and she was optimistic that they would heed to the advice.

The Mandinary workshop was attended by the villager Circumciser, Bintou Kanteh, the traditional Birth Attendant, Adama Nyang and as well as Kabilo women leaders. Participants came to consensus that FGM will stop in their community and they were happy to have the support of their women and Kabilo leaders to protect their girl-children. The TBA noted that the training is in support of promoting women’s reproductive health. She said due to the difficulties young mothers face they have to be escorted to health facilities especially during the birth of their first born.

At Jabang it has been noted that the women’s leader, Amie Colley who benefitted from earlier programmes organized and sensitized the women from her community and they came to consensus that they would no longer engage in the practice. Some of the few who were yet to be convince, later confessed that what they learned from the training and have been convinced that FGM should stop. Some of the mothers with daughters pledged to protect their children and they even share the names of roaming circumcisers who they invited to their village.

Speaking to GAMCOTRAP, the Alkalo of Jabang, Pa Ebrima Colley said he was pleased that women in his community had the opportunity to be educated about a long standing traditional practice and have been able to take a decision and came to consensus to stop FGM. He pledged his continued support to the women and promised to be reminding them of the importance of the knowledge they gained from the training to improve on women’s health. “ I support the efforts to stop the practice to promote good health.” He concluded.

The women’s leader in Jabang, Amie Colley expressed appreciation to GAMCOTRAP for the opportunity to expose her women to the knowledge she gained from earlier interventions, specifically targeted to Women leaders in Kombo North in 2011 and she reported, “I told my women that I have taken a decision to stop that is why I have grand daughters who are now protected. Now it is over, they’ve all seen what I’ve seen.”

One of the mothers, Jarriatou Fatty said, “When my grandmother , Jontang Jawneh of Kuntaur refused to circumcised my daughter and told me she had stopped doing the practice, I could not understand her decision, but today you have confirmed to me why it is important to protect my daughter. I declared here today that my daughter will be protected forever from FGM.”

Fadima Njie asserted, “I have two daughters who have not been circumcised and because of what I learned from here today I have made up my mind to protect them forever.”

At Jambanjelly, the Alkalo, Alhajie Nuha Jammeh, told the women that the training was to create awareness on issues affecting women, FGM in particular.  He thanked GAMCOTRAP for choosing his community and urged the organization to continue with the advocacy. He noted that his community was privileged to have been host to a series of activities targeted at youths from Kombo South.

Emotionally touched by the knowledge gained on the effects of FGM, one of the women shared her story.

“I want to thank you people because before the training and now, our opinions are so different like a sea and a pond. The opinion we had is so different from the knowledge we gained, we are very happy. I said that if you come to discuss FGM, I will go home. I said that in your absence. It is like you know what I am experiencing in my marital life. You mentioned the problems I have in my marital home. I regret being a circumcised woman, if I was to be a girl again, I will change to be uncircumcised.  Whatever effects you mentioned here, I have experienced it.  From today I am an advocate to stop FGM and I will be forever.  FGM has caused harm due to ignorance. Today many young women cannot enjoy their sexual life without looking for alternative to enhance their sexual relationship. I am very happy that I have gained knowledge I did not have in the past. Wherever I hear such gatherings, whether invited or not I will join you.”

One of the women leaders, Isatou Nyassi concluded that “The campaign to stop FGM has been going on for a long time all over the country.  This is a right that should happen. We came to listen and learn but when we go back we shall meet and discuss it as a group, because it is not one person who can stop it.  When you come again, we shall inform you of our decision in the village. But I have to express how happy we are and we pray that our wishes will be fulfilled.”

At Jambur, the representatives of the elders council graced the opening and advised the women to listen, learn and share experiences with GAMCOTRAP. At the end of the training, the women recommended to share the information with members of their Kabilos and other mothers who did not have the opportunity to attend. The Village Alkalo, Haruna Bojang thanked the participants for their cooperation and advised them to share the knowledge gained during the sensitization. Representative of the Imam, Omar Bojang noted that FGM is a long held traditional practices but asserted that if its negative health effects have been established, people should pay heed to that.  He added that if there is a law to ban FGM, many people will be motivated to stop.  Speaking earlier, the Circumciser at Jambur, Juju Gassama emphasized the need for mothers to be aware of the impact of FGM because they are the ultimate decision makers to girl-children.

The women were exposed to the multi-media modular approach GAMCOTRAP uses in addressing sexual and reproductive health and right issues affecting children and women in particular, often influenced by misconceptions of Islam, culture and the perpetuation of gender based violence.

The Traditional Communicators developed songs from the messages they learned during the training and held performances enter-educate participants during the sessions. 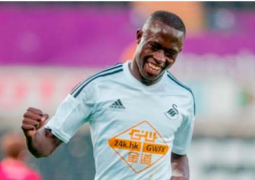