The trial involving one Modou Nyang, accused of human trafficking, could not proceed yesterday at the Brikama Magistrates’ Court before Magistrate A.A. Jagne, as she was reported to be attending a workshop.

It was alleged that the accused, Modou Nyang, between January and July 2015, within the jurisdiction of the court and diverse places in the West Coast Region, acted as intermediary for the purpose of human trafficking by sending Gambian girls to Kuwait.

It was also said that on the same date, month, year and at the same place, he recruited about 20 Gambian girls to Kuwait for the purpose of exploitation.

He was also alleged to have recruited about 20 Gambian girls for an Ethiopian lady in Kuwait for the purpose of exploitation. 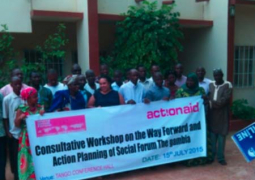