Alhagie Momodou Lamin Touray, a renowned Islamic scholar based in Gunjur, Kombo South, was yesterday elected president of the Supreme Islamic Council (SIC) on the second day of the council's 4thGeneral Congress.

Momodou Lamin Touray and 10 others went unopposed following the end of term of the former executive.

In his farewell speech, the outgoing president of SIC, Alh. Banding Drammeh, assured the new executive of his continued support. He called for unity and understanding among Muslims in the country. The names of these executive members were announced by the Returning Officer, Alhaji Mustapha Carrayol, Chairman of the Independent Electoral Commission (IEC).

For his part, President-elect Alhagie Momodou Lamin Touray thanked God for his divine intervention. He also thanked Muslims for the trust and confidence they bestowed on the new executive. He concluded by appealing for the support of the entire Muslim community.

Earlier, in declaring the congress officially opened on Saturday, Ismaila Sambou, Secretary of State for Religious Affairs, urged the incoming executive to endeavour to jealously safeguard the achievements registered by the outgoing executive over the years. He encouraged them to develop projects that will enhance the economic wellbeing of the citizenry.

Mohammed Lamin Sarr, former Secretary General of the council, outlined the activities carried out by the council. He urged the new executive to take good care of the council's facilities both at the Doha Conference Centre and the Imam Training Centre. He said that since they took over office in 2003, there was no standby budget for the council but with a well-defined plan of action, they managed to make significant progress. He thanked President Jammeh and all those who supported the council.

The 4thSIC congress held at its new headquarters in Kanifing, along MDI road and attended by delegates from across the country, was held under tight security. 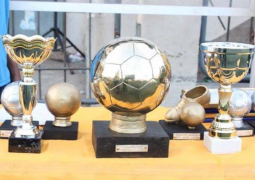