Alagie Manneh told the court he is a tourist taxi driver from Babylon village and had never had any problem with anybody by the name Francis Mendy - the complainant - neither had he destroyed 275 cashew trees in his farmland as alleged.

He said he was arrested a day after arresting the first accused, the alkalo of Babylon Lamin B. Jarju, when he went to see the first accused at the Wellingara Police Station, where he was told he could not see him because they were busy.

Manneh added that he was then sitting with the station officer who received a call from Benjamin Wilson that the accused should be transferred to Old Yundum Police Station.

He said he also followed them and at the station he found the whole station was surrounded by task force where he was asked and he told them he was from Babylon village and they said to him they were the people they were waiting for.

He said he was then handcuffed without even knowing why he was arrested and when he asked he was told it was an order.

Still in his defence, Manneh adduced that the first accused, Lamin B. Jarju, and him were put in a van and the first accused asked where they were going and they told them when they reached they would know the reason he was arrested.

He said while going to Babylon village the first accused was told they wanted to see his gang and Jarju asked them of what gang they were talking about.

They told him his friends and the first accused had told them the whole village was his friend, he said, adding that while going to the village they saw Kebba Njie and arrested him.

Manneh added that he was never pointed by the complainant that he was among the people who cut his cashew trees and while in the custody of the police they were not asked to give any statement or sign any paper.

He was cross-examined and the case was adjourned till 6 and 7 August 2014. 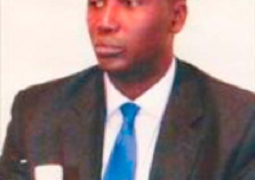