The 1st vice president of the Gambia Football Coaches Association, Modou Demba, has joined his immediate boss Pa Suwareh Faye in resigning from their respective positions after 18 years of active service, Pointsport has gathered.

Demba, the former secretary-general of the association, said he resigned because there was no agenda by some members of the coaches association, who have since decided to cast a vote of no-confidence on him and other executive members.

He added that the association went to a point of naming their replacements, which did not go down well with him and some other executive members including Pa Faye, leading to their resignation.

"We cannot allow these small boys to cast a vote of no-confidence on us and that was the reason for our resignation," Dembo lamented.

Demba, who confirmed his resignation to Pointsport on Wednesday, has vowed to continue working with the coaches association earnestly as he "remains committed to the association" despite the resignation.

The move is a clear sign that there is unrest in the coaches association as more executive members are expected to call it quit from their respective positions within few days, Demba says. 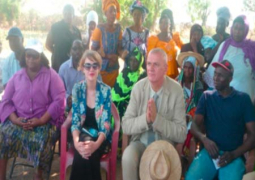