The newly promoted side to the 1st division league of the Gambia Football Association (GFA), Young Africans FC, on Wednesday received a donation of jerseys, socks, tracksuits and footballs from Sparta Football Club, a Dutch football outfit, at a presentation ceremony held at the football ground.

The items, shipped by a Dutch couple Herman and Connie Van Leenwen, were donated to Young Africans FC through their player Malang Gitteh.

Speaking to Pointsport shortly after the presentation ceremony, Herman said the relationship began in January 2010 when he visited The Gambia and met with Malang Gitteh who invited them to their training ground.

He added that it was when they went back home that they talked to friends to lobby for the donated items.

There are lots of talents in The Gambia, Herman said, adding that he is sure if they bring a team from Holland to play with a Gambian team, that team (from Holland) will loose. "Playing on the sand requires a lot of talents," he says.

Lamin Kebbeh, assistant coach of Young Africans FC, said they were very happy with the gesture, describing it as timely.

"The items will be used for matches and also during training sessions," he said. 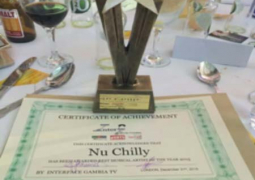 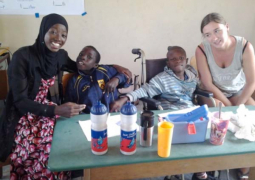