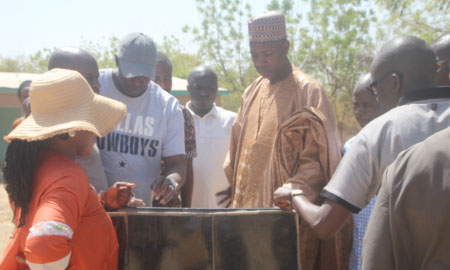 Reacting to one of the publications in ‘The Sun’ online news published on 16 January 2020, the minister of tourism and culture has said emphatically that “those behind it will be exposed.”

Honourable Hamat N.K. Bah, was answering questions from members of the culture, travel and tour reporters during a recent tourism facilities tour he spearheaded. “Everybody has read the article published in The Sun newspaper. The article was developed by Gambians here to misinform and destroy the country and as well destroy the achievement of government of Adama Barrow.”

He stressed further that those behind it will be exposed “authorities are working with forensic experts to establish the whole truth about the article.”

“Those that are found wanting will be brought before the law because the government will get to the truth of the matter.”

He noted that government has gone very far in getting all the facts, adding that “in any profession whatever you do, you should place your country first because what matters is The Gambia, wherever you go, your home is always the best no matter what you have, we need to be patriotic.”

Meanwhile, the said article published in The Sun online with the headline ‘Inside ‘paedo paradise’ The Gambia where sex beasts are buying African children and toddlers to rape’ almost caused despair among the stakeholders taking into consideration the story pitch, which states “tragic Gambian children are being sold to British paedophiles for as little as £2-a-time by their desperate parents.”