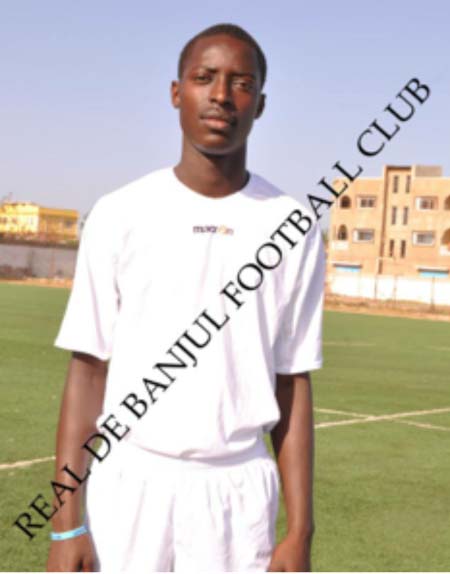 Real de Banjul Football Club is delighted to announce that it has agreed to send young talented striker Michael Touray on loan to Ghanaian side International Allies FC.

The 18-year-old, who can also play as a winger, will feature for the ‘Eleven Is To One’ until the end of the 2015/16 Ghana Premier League season, which will kick off in late January 2016.

Michael, who spoke to www.realdebanjul.gm from his base in Accra, said: “I am very happy with my move to Allies and I have been exposed to new techniques and knowledge since I came here. It is a move I am happy with and I will do my level best to help the team achieve its objectives for the season and continue to score goals for them.”

Club President William Abraham, for his part, said: “This loan option is a very good move for Michael. Inter Allies are one of the top producing talents team in Ghana and they are a team like us, who are very active in marketing their players; so this is a good option for Michael, us and Inter Allies.”

Allies Executive Director Delali Eric Senaye, who is delighted about the signing, told his club’s official website: “This is a great signing for the club and will enforce the goal scoring ability of the team.”

Michael, a Real de Banjul youth product, was part of the 2014/15 league winning squad where he played a part.