The lower court in Brikama presided over by Magistrate Ebrima Jaiteh recently acquitted and discharged one Babu Tunkara, accused of malicious injuries in general.

The particulars of offence were that on or about the month of February 2014, at Old Yundum in the West Coast Region, he demolished the cement fence of one Alpha Marigo and removed his two trips of sand deposited on the plot with serial number K325/200, costing him a loss of D22, 200.

Delivering the ruling, the trial magistrate stated that the accused person was arraigned before the court on 14 August 2014 and he pleaded not guilty to the charge alleged.

Challenged by this plea of not guilty, the prosecution called two witnesses and tendered exhibits, he said.

The facts relied upon by the prosecution were sufficiently elicited from the testimonies of the witnesses, he added.

“I have carefully read through all the testimonies adduced by the prosecution witnesses in the case file. It is my considered opinion that there is only one issue for determination, which is whether the accused person has a case-to-answer.”

The position of the law as it relates to a no-case submission in this jurisdiction and to be specific, is governed by Section 166 of the Criminal Procedure Code, he continued.

“In any event, let me hasten to say that a submission of no-case-to-answer is also a common law procedure, which may be applicable to some cases.”

It was on this basis that his ruling was being read, the magistrate said.

With regard to the single element, whether the accused person demolished the cement fence of Alpha Marigo and removed two trips of sand deposited on the plot with serial number K325/2001 costing a loss of D22, 000, is the crux of this criminal trial.

In their bid to establish that the accused demolished and removed a trip of sand and gravel, PW1, Sambou Trawally, testified that he took pictures of the accused taking his sand and demolishing his fence.

These pictures are very crucial to corroborate his testimony, but the prosecution failed to tender the alleged photos taken by Sambou Trawally.

Sambou Trawally alleged that the fence was demolished, and he decided to repair the demolished fence, and this evidence was never corroborated with any other piece of evidence.

The investigating officer never testified that the fence was demolished, and did not adduce any evidence in that direction, the magistrate went on.

“I ask the question - where is proof of Sambou’s claim? I have not seen an iota of proof.”

“My mind is clouded with doubts as to whether the accused caused malicious injury in general. I do not find any evidence or the evidence of the ingredients that the accused demolished and removed the two trips of sand and gravel at all.”

Even if it happened, there is no iota of evidence led by the prosecution to prove the offence or elements that could sustain or even secure a conviction on this charge, he added.

“Consequently, the accused’s submission of no-case-to-answer on this charge is accepted and succeeds,” he declared. “Therefore, the offence charged is dismissed. The accused, Babu Tunkara, is hereby acquitted and discharged accordingly.” 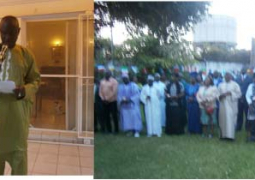 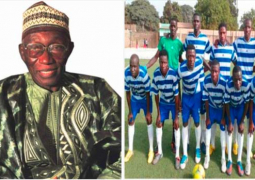