The number of women who die during childbirth continues to be on the rise in The Gambia, Karamba Keita said in a statement on behalf of the minister of health.

Keita was speaking at the opening of West African young leaders’ forum on population and development last Wednesday.

Mr Keita said the ratio of maternal mortality remains a challenge for the health service delivery in the country, saying as of 2015, Gambia had achieved the millennium development goals for infant mortality rate, under-5 mortality rate, proportion of population and using improved drinking water amongst others.

“However, the maternal mortality ratio remains unacceptably high and therefore, continues to be a major challenge for the health sector,” he said.

He said the ministry of health, through its partnership with World Health Organization (WHO), West African Health Organization (WAHO) and other development partners have developed the ‘Gambia National Health Policy 2012-2020’ on the theme: HealthisWealth: Acceleration of quality health services and Universal coverage.

Mr Keita said despite the remarkable achievements, the health sector is still under great pressure due to a number of factors, saying high population growth rate, increasing morbidity and mortality, insufficient financial support, shortage of adequate and appropriately trained health personnel, inadequate referral system as well as poverty and ignorance have led to inappropriate health behaviors and therefore contributing to ill health in the country.

He said the high occurrence of sexually transmitted infections, including HIV, is also a leading cause of death among young people and adolescents in the region. 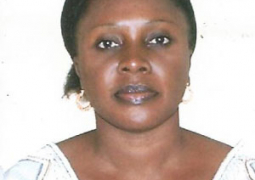